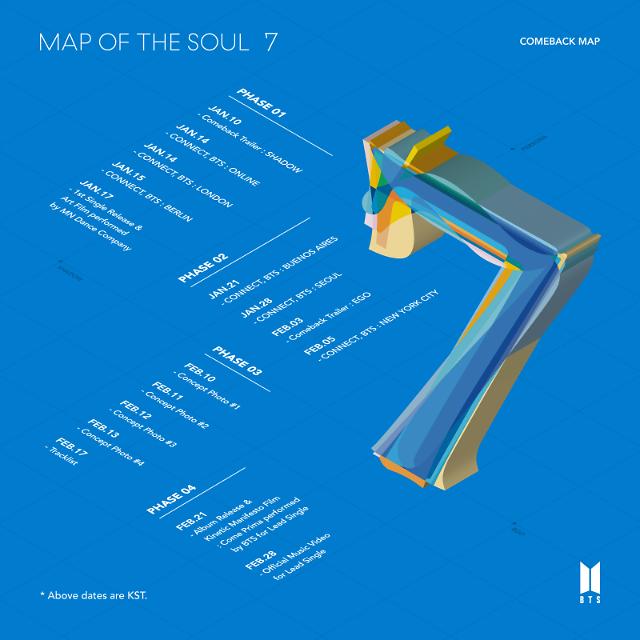 SEOUL -- Global fans were engulfed in a festive mood after BTS unveiled the comeback schedule for its new album "MAP OF THE SOUL : 7" to be released in February. The band will release a short feature film hinting at the content of the new album on Friday.

BTS' comeback schedule was released through social media and online fan communities. The group will hold special preview events and drop more content until the release of MAP OF THE SOUL : 7 on February 21. One of its new songs will be pre-released on January 17. 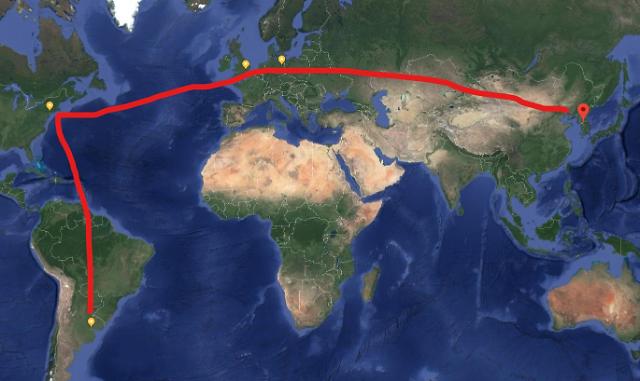 The band's Twitter message included a poster showing a list of dates and city names. There was no explanation attached, but fans figured out that a shape that resembles the Arabic number "7" would appear if they connect the cities the same way as connecting dots with lines on the world map.

BTS' original tweet was shared more than 164,800 times in less than 11 hours of upload. Tens of thousands of fans have left comments to share their excitement. "Ok I am SO mindblown at this moment I can't properly think...WOW! A 7 CONNECTS all these cities..." said Twitter user "OWOLMovie". Another user "jeonpaws" said: "bts really wants us to connect the dots with BTS CONNECT."