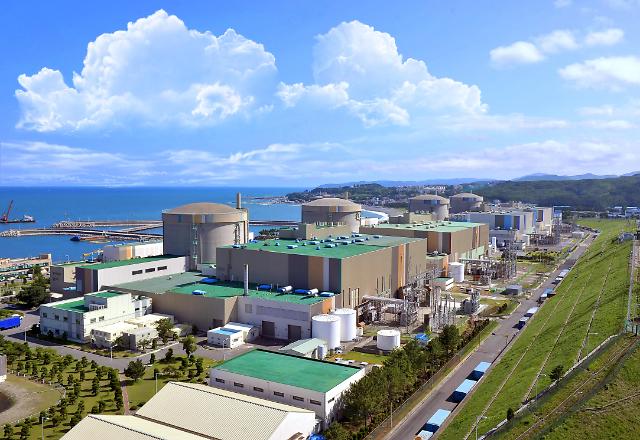 A file picture shows a nuclear power plant in Wolseong.[Courtesy of the nuclear plant operator in Wolseong]


SEOUL -- The construction of additional facilities to store spent fuel from the operation of nuclear power plants won approval from South Korea's nuclear safety agency, nearly four years after operators applied for permission, amid a never-ending debate over the reprocessing of nuclear waste.

The belated greenlight came on Friday in a split decision by the Nuclear Safety and Security Commission. Out of eight commission members, six supported the construction of seven more interim sites for the storage of nuclear waste at a nuclear power plant in Wolseong, about 300 kilometers (186 miles) southeast of Seoul.

The first reactor at the plant in Wolseong, which supplies about five percent of South Korea's electricity, was put into operation in 1983. Initially, Korea Hydro & Nuclear Power (KHNP), the state-run operator of nuclear power plants, sought permission to build 14 modular air-cooled canister storage (MACSTOR) units, but only seven have been built.

In April 2016, KHNP sent an application for the construction of seven more, saying the plant in Wolseong would have no more space to store nuclear waste by the end of 2021, but approval has been delayed.

Used nuclear fuel is kept in onsite interim storage facilities. The storage consists of two phases: wet storage and dry storage. Spent fuel rods are first kept in storage pools of water, which provide cooling and shielding against radiation. After 7 to 10 years in wet storage, they can be transferred to dry storage such as concrete canisters, MACSTOR units and dry storage containers.

For decades, South Korea, which has almost no reserves of fossil fuels on its territory, has pushed for a nuclear energy program. However, public concerns over their safety grew following Japan's 2011 nuclear meltdown in Fukushima that drew unwelcome attention to the use of nuclear energy.

An independent public commission has recommended a quick solution to piles of spent fuel rods. But there has been no clear answer from policymakers to address concerns about the management of spent fuel, which has been a stringent issue because Washington refused to revise a 2015 accord that has effectively restricted the development of reprocessing facilities to acquire enriched uranium as fuel.

The 2015 deal only allows South Korea to conduct research into "pyroprocessing," a new unverified technology considered largely proliferation-resistant since the product is thermally and radioactively far too hot to use for a weapon.

Wary of potential proliferation, Washington has insisted that wider concessions on reprocessing could complicate efforts to denuclearize the Korean peninsula. South Korea has been on watch by the nonproliferation community because of its covert nuclear program in the 1970s.