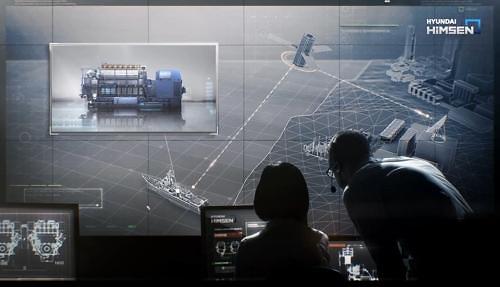 The system can save the cost of fuel by more than 10 percent by allowing human managers to work remotely from a control tower using artificial intelligence (AI), big data and internet of things (IoT) to monitor the operation of ships and engines in real-time and find the optimized routes to save fuel, the shipbuilder said on Monday.

Since HiMSEN was commercialized in 2001, it has become one of the world's best-selling engines. Hyundai Heavy Industries (HHI) and other shipyards in South Korea have strived for a competitive edge in the global market by developing technologies related to smart engines and smart ships.

To ensure that shipping is cleaner and greener, the International Maritime Organization (IMO), a U.N. maritime safety agency, has adopted mandatory energy-efficiency measures to reduce emissions of greenhouse gases from ships. Innovative solutions are needed to reduce CO2 emissions from ships. IMG regulations will increase the preference for digital total solutions that support efficient navigation systems.

Smart shipping can be divided into unmanned ships ruled by an operator from a control center onshore and autonomous ships that use a computer on board that takes decisions about the route, speed, fuel consumption, maintenance and even mooring in the harbor.