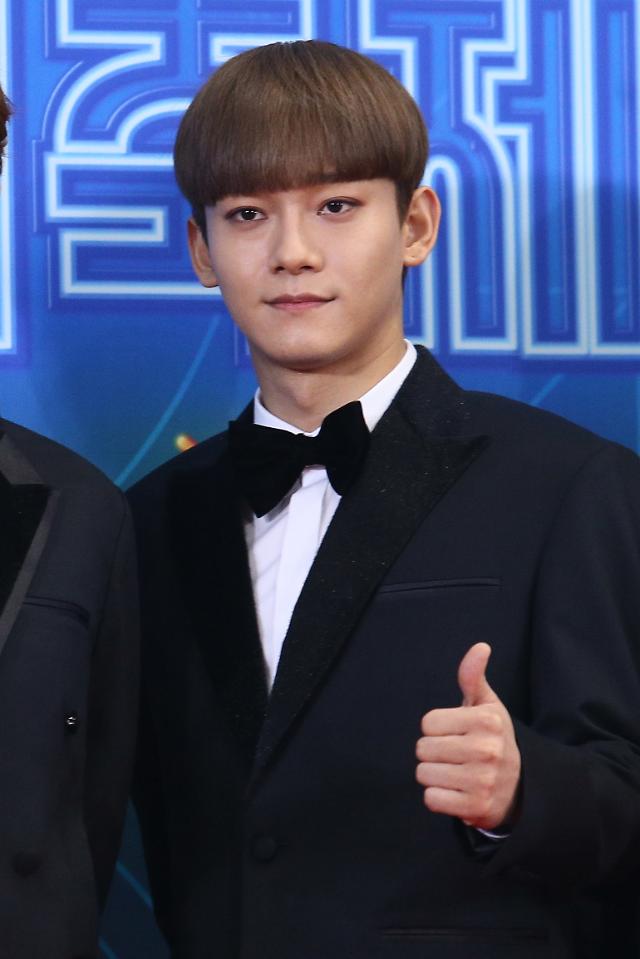 SEOUL -- Kim Jong-dae, known by his stage name Chen, the main vocal of South Korea's boy band Exo, surprised fans by announcing his sudden marriage, sparking speculation that he has made an inevitable choice due to premarital pregnancy.

Chen, 27, will get married to a non-entertainment person, SM Entertainment said Monday, adding everything related to his wedding would be private. No information about the bride was given.

In a hand-written letter released through Exo's official fan community, Lysn, Chen hinted at premarital pregnancy, saying he has mustered up the courage not to surprise his agency, Exo members and fans with "sudden news."

"I have a girlfriend I want to be with for the rest of my life," Chen said, adding he got "blessing" while communicating with SM and Exo members about his girlfriend. "I was also very embarrassed by a situation in which I couldn’t do what I had planned through consultation with the company and members, but I was more empowered by this blessing."

"I picked up my heart carefully because I couldn't wait any longer," he said.