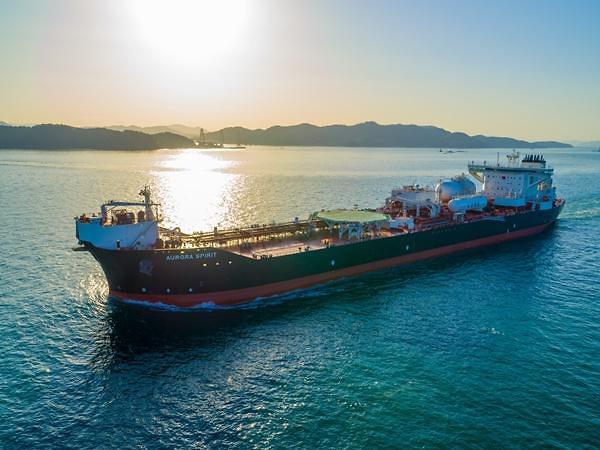 The 130,000 deadweight ton (DWT) shuttle tanker operates on both liquefied natural gas (LNG) as the primary fuel, and a mixture of LNG and recovered volatile organic compounds (VOCs) as secondary fuel. DWT is the weight of all the cargo, fuel, dry provisions and supplies carried on board the ship.

Aurora Spirit is the first of Teekay's four shuttle tankers being built under an E-Shuttle tanker project. A shuttle tanker is a ship designed for oil transport from an off-shore oil field as an alternative to constructing oil pipelines. It is equipped with off-loading equipment compatible with the oil field in question.

Along with innovative design to reduce emissions and fuel consumption, the E-Shuttle tanker has battery packs for flexible power distribution and blackout prevention.

In November 2019, Daewoo Shipbuilding & Marine Engineering (DSME) delivered an LNG carrier installed with an air lubrication system that works on the simple principle of trapping a layer of air bubbles beneath the ship's hull. Air bubble outlets are created at different locations along the bottom of the hull. The air is blown at a constant rate to form a uniform layer of bubbles, which reduces the drag and resistance between the ship and the seawater.

The scrubber technology passes the dirty exhaust gas stream created by the engine through chambers that contain a carefully generated "scrubbing cloud" of water. But scrubbers and selective catalytic reduction (SCR) units increase the cost of both building and operating ships, prompting ship owners to find alternative fuels such as LNG.