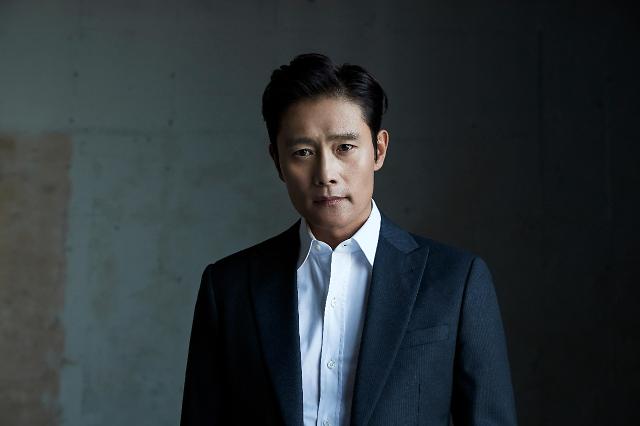 SEOUL -- Lee Byung-hun showed his brand power as a leading actor in South Korea, starring in two movies that premiered one after another in a month. His delicate performance shone through "The Man Standing Next," which has attracted 3.4 million moviegoers in seven days after its release on January 22.

Lee's previous work, Ashfall, a science fiction film that depicts an inter-Korean operation to cope with the volcanic eruption of Mount Paektu along the border between North Korea and China, has been watched by 8.2 million people since it was released on December 19 in South Korea.

The back-to-back box office hit demonstrated the brand recognition of the 49-year-old who has received critical acclaim for his work in a wide range of genres. In Hollywood, he portrayed Storm Shadow in G.I. Joe: The Rise of Cobra (2009) and its sequel G.I. Joe: Retaliation (2013), and starred alongside Bruce Willis in Red 2 (2013). He portrayed T-1000 in Terminator Genisys (2015) and Billy Rocks in The Magnificent Seven (2016).

"It's very rare in my filmography to see the release of films by a month. I don't think it's polite to movie fans who have seen movies and characters deeply, but actors don't decide when to release movies," Lee said in an interview with Aju Business Daily. "I've been worried a lot, but I'm glad (the audience) showed a good response."

Based on a true story, The Man Standing Next depicts the turbulent 40-day period leading up to the assassination of South Korea's ex-president Park Chung-hee on October 26, 1979, by his intelligence chief at the height of pro-democracy protests. Lee played the role of intelligence head Kim Kyu-pyeong in the movie.

As it is such a famous historical event, it's easy for him to provide the agony and perspective of a real person who once headed the Korean Central Intelligence Agency (KCIA). However, he said that he decided to star in the movie because the director promised to make it with an objective view.

"There are movies that are defined by the idea of writers or directors. I wouldn't have participated if this work had any of those tendencies," Lee said, preaching his philosophy. "I thought that historical mysteries should remain mysteries even in movies."

The emotional line of each character was delicate. Lee decided to keep the character's hairstyle and glasses as he heard from those who had met with the KCIA head.

"Until I tested the camera, I was really worried about whether I should adjust the external synchro rate. But I thought emotions and psychological conditions were more important between the characters, and I decided not to think of appearance, voice and tone," Lee said, describing the former KCIA head as a "very sensitive" figure who needed a lot of non-expressive acting.

"At that time, I was impressed by the way he was sweeping away his long bangs, and I wanted to imitate it. He was a real person, so I had a lot of data and indirect access. It helped me to act," Lee said. Through the film which showed unusually many close-up shots, he said he was able to closely commune with the audience by portraying subtle changes of emotion and worries.

The director always wanted to take a close-up shot, but Lee did not feel pressured about that. "I thought if If my feelings were full, I would be able to convey it to the audience."

As a member of the Academy of Motion Picture Arts and Sciences, Lee said he would cast a ballot to support an Oscar campaign by Director Bong Joon-ho and the cast of "Parasite," the genre-bending family satire nominated in six categories. It is the first time that a South Korean-made film has earned a nod for one of the world's biggest film events.

"Anyway, the first time is probably the hardest. It would be nice if Parasite would be the starting point," Lee said.

This year, he is set to appear in "The Declaration of Emergency," an aviation disaster film, and a TV drama that tells the story of an international nonprofit organization. "The fact that work keeps coming in means (fans) want to see me. I'm just thankful. I want to keep working until someone wants to see me."