China allows one S. Korean plane to land in Wuhan for evacuation 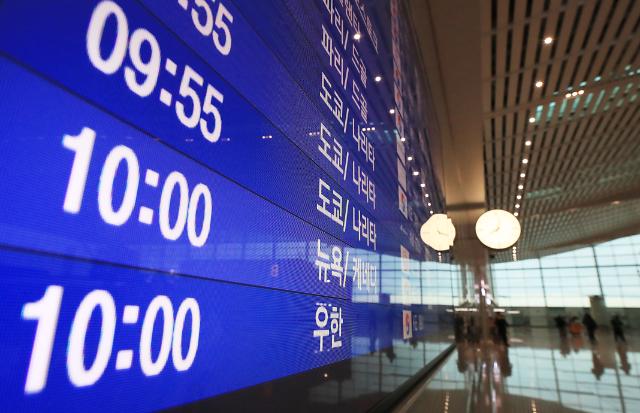 SEOUL -- China has approved the evacuation of South Korean nationals aboard a B747 passenger jet from an airport in Wuhan, the epicenter of a new deadly virus epidemic, due to a slew of requests from other countries for temporary flights to bring home their citizens stranded under a tight lockdown.

There are about 700 South Koreans stuck in Wuhan. Initially, two Korean Air planes were to bring them home, but Beijing has approved only one mainly due to technical difficulty in the airport. The South's foreign ministry said a 404-seat B747 plane is expected to fly to Wuhan on Thursday night if final approval comes through diplomatic channels.

"We're still communicating with the Chinese side so that the first one can be operated later today," Foreign Minister Kang Kyung-wha said in a news conference on Thursday. "The Chinese side seems to be operating with a policy of granting one permit and receiving one request in order, as there are many requests for temporary flights from countries such as the U.S. and Japan."

After a quarantine check, those with no symptoms will be transported from Wuhan to isolated state facilities in South Korea for a two-week stay to shut up incubatory carriers, Health and Welfare Minister Park Neung-hoo said, calling for a cool-headed public attitude. There have been protests among residents around such facilities.

At China's request for help, South Korea is ready to provide $5 million in humanitarian aid, Park said. As of Thursday, South Korea has reported four patients infected with the highly contagious novel coronavirus that has killed some 170 people in China.

The virus sparked widespread public jitters in South Korea because 1,831 foreigners and 1,160 Koreans nations had traveled from Wuhan before a lockdown was imposed. With 1,433 going back to their homeland, police and immigration officials are still tracking down 398 foreigners, Park said.
"The sooner preemptive preventive measures are taken, the better. They should be powerful enough to be seen as excessive," President Moon Jae-in said Thursday in a coronavirus session. "It's not just viruses that we have to face. We have to stand firm against excessive anxiety and vague fear."

Chinese scientists have linked the disease to coronaviruses, the same family as the deadly SARS and MERS viruses belong to. South Korean health officials have urged China to provide quick and transparent data before issuing an official warning that the virus is contagious during periods of inactivity and incubation.