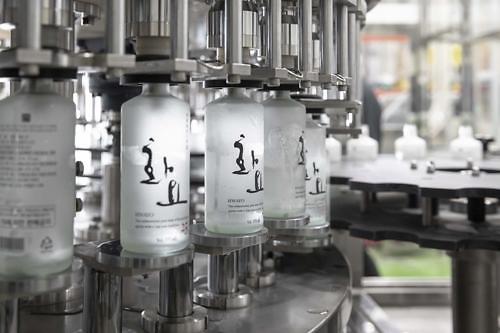 Soju is a type of traditional Korean distilled alcoholic drink that has carried the title of the "people's favorite liquor" for decades. While cheaper Soju products are made using an original spirit diluted with water, premium ones use a traditional fermentation and distillation method.

Hwayo said on Monday that it will finish the construction of its smart factory in Yeoju some 65 kilometers (40 miles) southeast of Seoul in March. The smart factory, a collaborated work between Hwayo and CJ Olive Networks, will have all processes of liquor making automated.

"We will accomplish a foundation for competitiveness in manufacturing to compete in the global market beyond the domestic market," the Soju maker said, adding that it felt the need to automate its manufacturing facility because of increasing consumer demands for premium Soju.