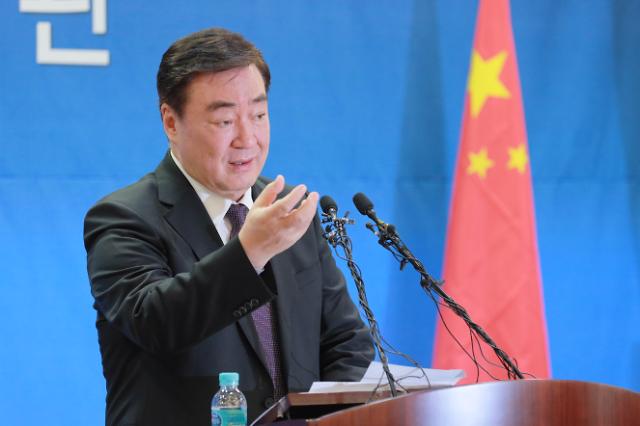 SEOUL -- China's newly-appointed top envoy in South Korea expressed guarded criticism at a strict travel ban imposed by the United States and some other countries, saying "open and transparent" measures taken by Bejing have effectively slowed down the spread of a highly contagious new coronavirus.

Chinese Ambassador to South Korea Xing Haiming, who arrived in Seoul on January 30, said the international community should follow recommendations from the World Health Organization (WHO). "Relevant countries should make scientific decisions in line with recommendations by the WHO, the largest and most authoritative body in the world's health sector."

WHO Director-General Tedros Adhanom Ghebreyesus has told the body's executive board that there was no need for measures that "unnecessarily interfere with international travel and trade" in containing the deadly virus which has killed more than 450 people in China.

"As the basis of the World Health Organization is global and scientific, I think it would be better to follow WHO's rationale," Xing told reporters in Seoul on Tuesday when South Korea's travel ban on people coming from China's Hubei province was put into force.

"The Chinese government is in international cooperation in an open, transparent and responsible manner," Xing said without pointing out any other countries which have imposed a strict ban on Chinese travelers. "Thanks to a series of measures taken by the Chinese government, the rate at which the infectious disease spreads to other countries has effectively decreased."