At least one coronavirus patient awaits discharge from hospital in S. Korea 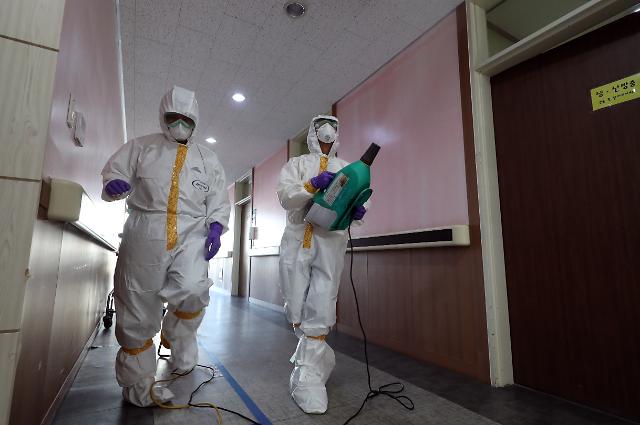 SEOUL -- At least one patient infected with a novel coronavirus originating in China waits for discharge from an isolated ward in South Korea after being administered with a mix of medical supplies including an anti-viral drug which has been used to treat human immunodeficiency viruses. Several other patients are also in stable shape.

Health officials in Seoul were upbeat as their prescription has improved the condition of a 55-year-old patient who had traveled from Wuhan. Along with oxygenation, doctors have applied antibiotics to prevent secondary infection and some antiviral drugs such as one used for HIV treatment.

One patient has "fully" recuperated, waiting for discharge from isolated wards, while several other patients showing stable recovery, Jeong Eun-kyeong, director of the Korea Centers for Disease Control and Prevention (KCDC), a state health agency, said in a press briefing on Tuesday. She gave no further information on drugs used for treatment.

There are 16 patients infected with the virus as of Tuesday, but nobody has been seriously sick and all patients are in stable condition, Jeong said, suggesting that South Korea should work out a new manual on their release through consultations with experts who have closely reviewed symptoms and test results.

"We have yet to find out whether the new coronavirus, once caught, will create a lifetime immune body," Jeong said. A new test kit is now available in South Korea for a quick inspection of symptoms at hospitals, she said, adding that doctors could get test results in six hours.

"Various treatment methods are tried in treating confirmed patients. a further review and data are needed to verify the effectiveness of treatment," Deputy Heal and Welfare Minister Kim Kang-rip said, calling for scientific research and data to find out proper treatment by sharing related information with foreign countries.

A Thai medical team has said that a mix of antiviral drugs used to treat flu and HIV has worked to improve the condition of a 71-year-old Chinese woman infected with the deadly virus that has killed more than 400 people in China. Researchers in Italy and Australia claimed to have isolated a new strain of the coronavirus.