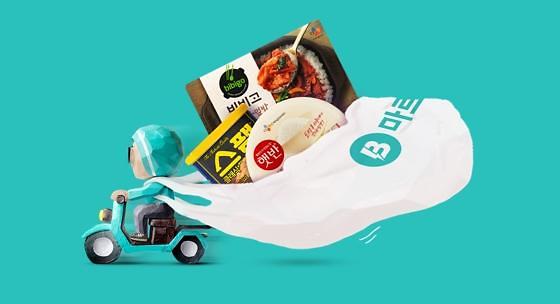 
SEOUL -- A widespread public health scare over a novel coronavirus has boosted sales in South Korea's food delivery market as people tend to stay and eat in their houses to avoid being exposed to the deadly virus that left hundreds of people dead in China and spread across borders.

According to Woowa Brothers, the operator of the country's top food delivery app Baedal Minjok, some 4.93 million delivery orders were made between January 31 and February 2, up 11 percent from last year's 4.43 million orders. Yogiyo, the second-largest food delivery service operator, also saw an 18 percent increase in its food orders during the same period.

South Korea came to an alert on January 20 when health authorities discovered the first confirmed case of the novel coronavirus from a 35-year-old Chinese woman from Wuhan, the epicenter of the deadly virus. There are 18 confirmed patients in South Korea as of February 5.

Shopping malls in Seoul and other major cities have been nearly empty at weekends. Many restaurants were left open with no customers dining inside.

"We had absolutely zero customers eating inside our restaurant for almost a week," said Jeong Gu-seong, a 35-year-old traditional Korean restaurant owner in the southwestern port city of Mokpo, told Aju News. However, she reported no change in overall sales. "We are receiving tons of delivery orders. We are just as busy as we were before."

Consumers chose to order food using various food delivery services because they do not have to shop in megastores and marketplaces. "We have been eating delivered foods for the last two weeks," Ahn Mi-ae, a 37-year-old housewife in Busan, said. "It's very convenient and I don't have to worry about catching the virus at places where there's a lot of people like supermarkets," she said, adding her husband and eight-year-old daughter also favor delivered food.