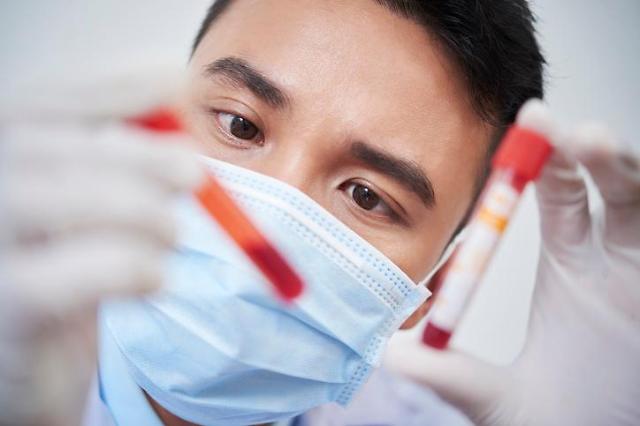 SEOUL -- Doctors urged medical officials in South Korea's quarantine front line to screen all kinds of symptoms to prevent a new coronavirus epidemic. Their recommendation was based on a field survey of patients infected with the deadly virus that killed hundreds of people in China and infected 18 people in South Korea.

A team of doctors at the Korean Academy of Medical Sciences, an organization of medical scientific societies, suggested that screening tests such as analyzing travel history in suspected cases of the novel coronavirus (2019 nCoV), also known as the Wuhan pneumonia, "is of paramount importance for early detection and isolation."

In a paper published by the Journal of Korean Medical Science, an online medical journal, the doctors described screening tests as a front-line defense against infection because medical officials have no exact information about the infectious period of Wuhan pneumonia yet. Doctors also have yet to find out whether those with mild symptoms are less infectious than pneumonia.

"Considering all this, it is safer to do a 2019-nCoV screening test for all symptomatic patients with epidemiological risk than to wait until pneumonia develop and then rest them," the medical team, lead by Oh Myoung-don, a professor at Seoul National University's college of medicine, said, stressing that "any clinical criteria for pneumonia would miss a substantial number of patients, especially during the early phase of illness."

South Korea came to an alert on January 20 when health authorities discovered the first confirmed case of the novel coronavirus from a 35-year-old Chinese woman from Wuhan, the epicenter of the deadly virus.

While treating the first patient, Oh's team started using 400 milligrams of lopinavir and 100 milligrams of Ritonavir from January 21, the fourth day of illness. Lopinavir and Ritonavir are anti-viral drugs used for HIV treatment. A Thai medical team has also used them to improve the condition of coronavirus patients.

Oh's team found that HIV medicines appear to be working in the treatment of the first patient. Symptoms of fever subsided on January 28, the 11th day of illness and dyspnea (short of breath) improved on January 31.

A 55-year-old man was discharged from isolated wards on Wednesday on the 13th day of his hospitalization at the National Medical Center (NMC) in Seoul. The man became the first patient to have fully recovered.

The man returned on January 22 from a trip to Wuhan and was hospitalized as the second patient two days later. NMC doctors said that his condition had improved from the third day of anti-viral medication with clinical symptoms disappearing afterward.