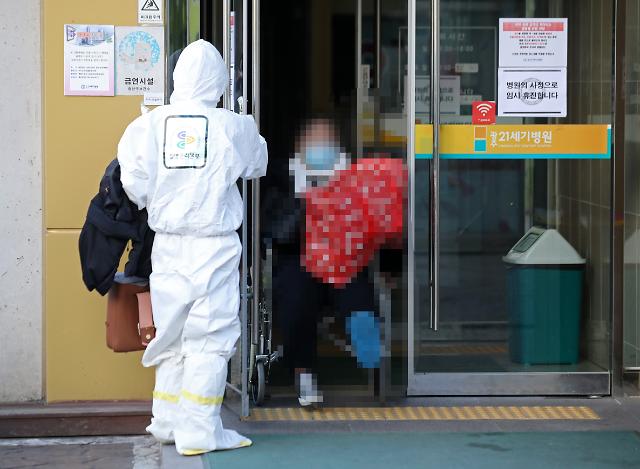 
SEOUL -- A 55-year-old man was discharged from isolated wards for the treatment of coronavirus infection on the 13th day of his hospitalization, as health officials claimed to have isolated a new strain of the deadly virus that has infected 18 people in South Korea.

The man became the first patient to have fully recovered after he was discharged from the National Medical Center (NMC) in Seoul on Wednesday. He returned on January 22 from a trip to Wuhan and was hospitalized as the second patient two days later.

The patient's fever had risen to 38 degrees when fever medication stopped on the first day of hospitalization, but his condition improved in chest X-rays from the third day of anti-viral medication with clinical symptoms disappearing afterward, said Jin Beom-sik, an NMC doctor.

As both clinical symptoms and infection have disappeared, there is no danger of spreading the virus to others, but the discharged patient should be regularly monitored for protection, Jin said. "The new coronavirus needs to be monitored regularly and we have to see unexpected complications."

Jeong Eun-kyeong, director of the Korea Centers for Disease Control and Prevention (KCDC), a state health agency, said in an earlier press briefing that KCDC researchers have succeeded in isolating a strain of the virus from patients. "We will share this with the scientific community and actively distribute them to develop vaccines and therapies."

The analysis of genetic information showed that the sequence of the isolated virus called "BetaCoV/Korea/KCDC03/2020" was 99.5 to 99.9 percent consistent with that of the viruses separated in China, France, Singapore, Germany and other countries with no meaningful genetic variation found, Jeong said.