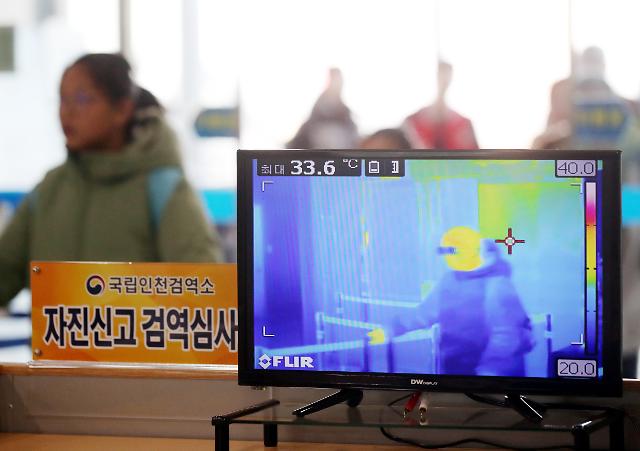 SEOUL -- South Korea imposed a ban on port calls by cruise ships in February to contain the coronavirus outbreak, which has killed more than 900 people, as health officials worry the highly contagious disease is feared to spread beyond China to Asia.

Port calls by four cruise ships in February were banned, maritime officials in Seoul said, pointing to more than 300 passengers who have been stuck in the Japanese port Yokohama on a cruise ship that became a floating quarantine zone after 70 people onboard tested positive for the coronavirus.

"In the case of cruise ships that are scheduled to enter South Korea, the risk of spreading infectious diseases is relatively high due to close contact in closed spaces inside ships. So, we have determined that the ban on inbound cruise ships is an efficient way to prevent transmission of infectious diseases," Deputy Health and Welfare Minister Kim Kang-rip said in a regular press briefing on Monday.

Kim expressed concerns about the spread of the coronavirus beyond China to Asia saying it is spreading to other areas outside China's Hubei province. "Until now, it has been well controlled, but internal and external risks are also growing. Because the nature of the virus is highly contagious and it can spread from early signs of mild disease, it is not easy to control the rapid spread."

A third evacuation plane will fly to China on Monday to bring back about 150 South Koreans and their Chinese family members from Wuhan and nearby areas. Previously, 701 South Koreans citizens have been evacuated through diplomatic consultations between Seoul and Beijing.