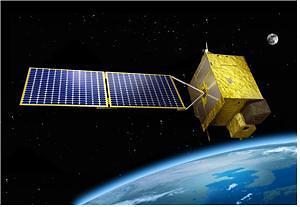 [Courtesy of the Ministry of Science and ICT ]


SEOUL -- South Korea, a latecomer in the space industry, will embark on the development of 11 small satellites that would be placed into orbit to monitor the entire Korean peninsula, in line with a state program to launch a full three-stage indigenous rocket into space in 2021.

A total of 213.3 billion won ($179.8 million) will be spent over eight years from April this year until 2027 to develop a cluster of 11 small satellites weighing under 100 kilograms, according to the Ministry of Science and ICT. South Korea will use the Korea Space Launch Vehicle-2 (KSLV-2) called "Nuri" to carry the satellites.

The ministry said that one satellite with low power consumption and low development costs would be developed by 2024. It will have parts that can be used for three years, along with a camera with a resolution of less than one meter. Ten follow-up satellites will be launched between 2026 and 2027.

The country's sole aircraft maker, Korea Aerospace Industries (KAI), has been involved in the development of small satellites. In December 2018, KAI won an important deal to develop spy satellites installed with a synthetic-aperture radar (SAR) that generates high-resolution remote sensing imagery by September 2025.

This year in the southern city of Sacheon, KAI is to open its integrated space center in charge of designing, testing and producing mid-sized and big satellites.

In February 2019, South Korean President Moon Jae-in and Indian Prime Minister Narendra Modi agreed to push for joint lunar exploration and upgrade their strategic partnership in defense and space industries. South Korea, a newcomer in the space industry, has tried to find a new partner for technical cooperation.

India has sufficient experience and technology. The Indian Space Research Organisation (ISRO) sent a lunar orbiter in 2008 and a Mars orbiter in 2013. ISRO launched one hundred and four satellites in a single rocket in 2017. Future plans include the development of a reusable launch vehicle, human spaceflight, controlled soft lunar landing, interplanetary probes, and a solar spacecraft mission.