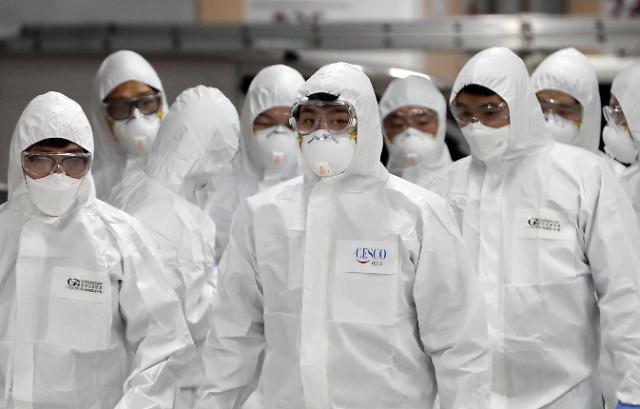 SEOUL -- South Korea's medical community was caught in a vexatious discussion over the incubation period of a novel coronavirus after a 30-year-old Chinese woman was hospitalized as the 28th patient infected with the highly contagious virus after 15 days of mandatory isolation.

The woman had been quarantined from January 26 at the home of the third Korean patient who traveled together from Wuhan. She showed limited symptoms during the 14-day quarantine period but tested positive for the virus on February 10. Health officials said she took painkillers in connection with other treatments before isolation.

"We haven't yet confirmed that this is the case of an incubation period over 14 days," Jeong Eun-kyeong, director of the Korea Centers for Disease Control and Prevention (KCDC), a state health agency, said in a regular press briefing. She promised to supplement guidelines by accumulating additional information and data on exceptional cases.

A paper published in China showed that the incubation period is three days on average, but the range is 0 days to 24 days. However, Jeong said the paper was not officially published and requires verification by experts. "Experts say that the reason for changing the 14-day incubation period, which is still being used in the rest of the world, is not enough. We have no immediate plans to change the standards."

Based on the epidemiological characteristics of confirmed patients in South Korea, the incubation period is three to four days in many cases, and seven or eight days at the most, Jeong said. "We don't have a lot of cases, so we need to look at the situation."