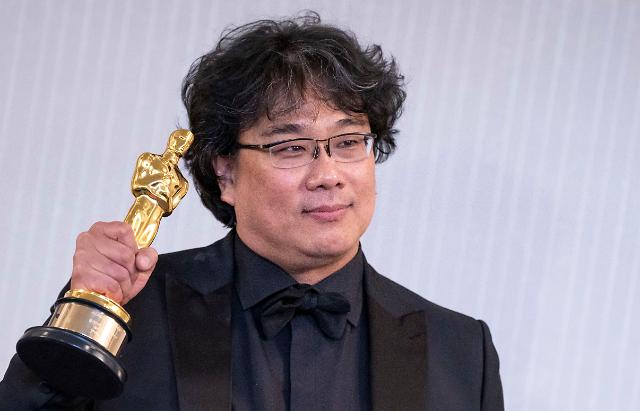 SEOUL -- The United States Embassy in Seoul congratulated an Oscar feat by South Korean director Bong Joon-ho who has garnered a string of congratulations from the international film community.

"Congratulations Director Bong Joon-ho and the #Parasite team for making history! The last person to win four #Oscars in one night was Walt Disney in 1954, for four separate films he produced," the American embassy said in a Facebook post.

"Parasite," a tale of class division, opened a new chapter in the history of Oscars with four titles including best picture and best director, becoming the first non-English language film to create a global sensation that turned social media upside down.

It is the first time that a Korean-made film has won a prize at the awards ceremony of the Academy of Motion Picture Arts and Sciences (AMPAS). Out of six nominations, Parasite took home four titles -- best original screenplay, best international feature film, best director and best picture.