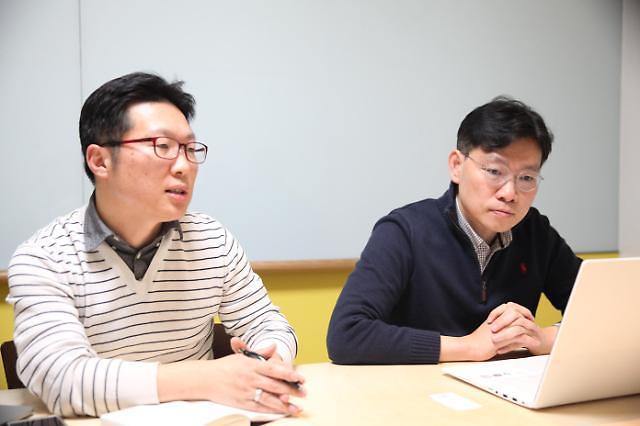 SEOUL -- In a cloud market dominated by foreign companies, NHN, a top game developer in South Korea, targets a niche market with a specialized service called "Gamebase" that supports the easy and efficient development of games by providing commonly-required game functions.

Gamebase is a Back end as a Service (BaaS), a cloud service model in which developers outsource all the behind-the-scenes aspects of a web or mobile application so that they only have to write and maintain the frontend. BaaS enables developers to focus on writing frontend application codes.

The process of developing games is divided into the front end, which contains game contents, and the back end, which is in charge of game operations. Big game developers with ample manpower and capital can develop backend and frontend together.

"However, it is difficult for small and medium-sized game developers who do not have sufficient manpower and capital to develop them together," Lee Dong-soo, who heads NHN's game technology center, said in an interview with Aju Business Daily.

NHN has decided to release its own backend to the outside world for game developers to reduce the time and cost spent on the development of games, Lee said. "Gamebase provides technologies related to game development and operation so that game developers can develop, launch and operate games without having to spend valuable manpower and time developing the backend."

Gamebase shortens the duration of game development and reduces the time and efforts that go into game operation and the collection and analysis of customer data. To find business opportunities after being separated from Naver, NHN took a strategy called "Global One-Build" to create an excellent model and introduce it to the world.

"One thing I learned while pursuing global services is that the back end is the same and the front end is different, whether it is a Korean or a Japanese game. I thought that providing the same backend through cloud would draw a great response from small game developers," Lee said. "It is a burden for small and medium-sized game developers to enter global markets. Gamebase is developing and operating with the aim of relieving such burdens."

Up until the first half of last year, NHN had focused on enhancing the completeness of Gamebase, but from now on, the company will actively promote it and encourage more small and medium game developers to use it. In a related move, the company introduced a rate policy in September last year to request no charge game base fees for small games.

"Our strategy is to let them use it for free at first and receive money later on if they are successful," Lee said, adding Gamebase aims to become a platform that provides not only NHN's technology but also know-how to small and medium-sized game developers which have a lot of trouble when they do business overseas. "To help them succeed in foreign markets, NHN plans to provide various support services related to game development and operation."

NHN's game technology project manager Choi Seung-yong was upbeat, describing Gamebase as a developer-friendly service rather than development kits or back-end services of foreign companies, which provide only basic technologies and require developers to process them one by one.

"Not only does Gamebase provide the necessary skills for game developers, but it also has an organic integration that allows the immediate use of technology for real game development and operation," Choi said. "It contains all of the technologies and know-how that NHN acquired over the past 20 years."

The backend requires seven technologies: account authentication, payment, indicator analysis, game operation, notification, leaderboard and a customer center. Choi said that Gamebase offers all seven technologies. "Beyond just providing technology, Gamebase is also a strong point of supporting all technologies and platforms on the market. With just a few clicks, games under development can be instantly connected to major accounts on the market," Choi said.

"You can imitate technology, but not know-how and manpower. Gamebase is the crystallizer of game back-end technology that NHN has developed over the past decade. Of course, competitors may be able to imitate related technologies roughly. NHN, however, has accumulated know-how about how to solve problems when running its own giant game service over the past two decades."

Choi dismissed concerns about game services being dependent on NHN's Toast Cloud as "overcare," saying Gamebase is available in open application programming interfaces (APIs) for all technologies and services. API a software intermediary that allows two applications to talk to each other.

NHN's Toast Cloud offers an all-inclusive cloud platform, which is enhanced by a full suite of services, including game publishing tools, mobile application analytics and promotion, and membership management and billing.