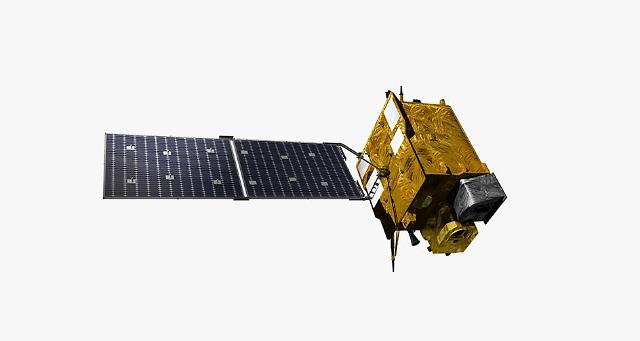 
SEOUL -- Scientists clapped and cheered with joy as Cheollian 2B, one of South Korea's home-made geostationary communication satellites, embarked on the trouble-free journey of finding its way into orbit to monitor and collect atmospheric and marine environmental information around the Korean Peninsula.

The state-run Korea Aerospace Research Institute (KARI) was in a festive mood after the Ariane 5ECA carrier rocket lifted off successfully from the Guiana Space Center in Kourou, French Guiana at 7:18 a.m. (2218 GMT) Wednesday to carry Cheollian 2B into orbit. The first communication contact was made with Australia's Yatharagga Satellite Station at 7:55 a.m.

KARI researchers who gathered at the institute's monitoring room clapped and cheered as they watched carrier rocket taking off through a video that was live-streamed from the Guiana Space Center. They congratulated each other with smiling faces.

KARI president Lim Cheol-ho said the satellite was in good condition after it safely entered the interorbital transfer stage. Cheollian 2B will go through five interorbital transfer stages over the next two weeks to move to its final geostationary position which is 36,000 kilometers (22,369 miles) above the sea level. Cheollian 2B will make adjustments to its final position for months to find the perfect place.

Chollian-2B is expected to carry out missions in October, with all systems to be fully operational in 2021. Geostationary satellites have the unique property of remaining permanently fixed in exactly the same position in the sky as viewed from any fixed location on Earth. They require a higher level of technology than other satellites.

Cheollian 2B, the brainchild of a state-funded project that kicked off in 2011, has garnered the attention of researchers and organizations from other countries for its special ability to monitor atmospheric and marine environments simultaneously.

South Koreans scientists celebrated their technological breakthrough, saying Cheollian 2B is the world's first geostationary satellite capable of observing the concentration of air pollutants in the air, such as fine dust and aerosols. It can also monitor other substances that cause fine dust. It will monitor areas including Mongolia, Japan and northern Indonesia.

KARI said that researchers will be able to find out which region in Asia generates fine dust and how air pollution is affecting the Korean Peninsula. Cheollian 2B will also monitor marine environments to check for the movements of pollutants such as leaked oil, marine trash, red and green tides.