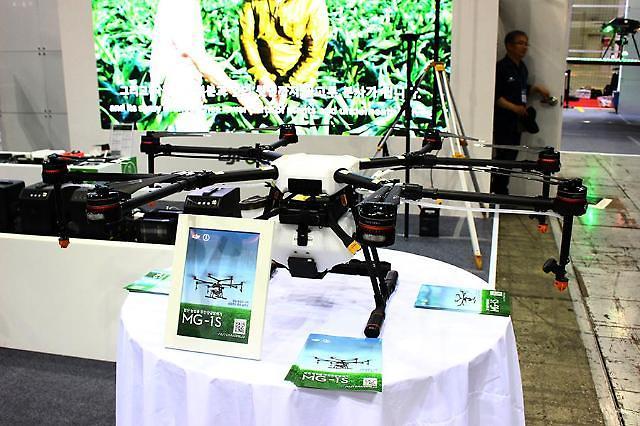 SEOUL -- Hancom, a comprehensive IT group in South Korea, has partnered with DJI, the world's biggest drone maker based in China's Shenzen, to nurture drone pilots who would carry out special operations in agricultural, industrial and surveillance sectors.

The IT group plans to set up an academy on 1.9 million square meters (190 hectares), about the size of some 270 football fields, in Gapyeong some 60 kilometers (37 miles) northeast of Seoul, in the first half of this year to train drone pilots in land surveying and agricultural operations.

Drones are popular in the agricultural sector for crop-dusting as they greatly reduce time and cost in agricultural villages which are mostly occupied by the aging population.