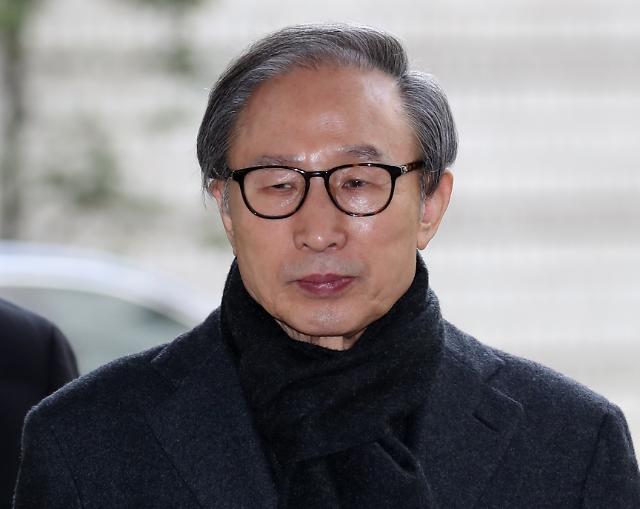 
SEOUL -- Former President Lee Myung-bak was released on bail again, six days after an appeals court raised his sentence and put him into custody in a courtroom. He was ordered to stay at his house pending a final decision by South Korea's highest Supreme Court.

Lee, who served as president from 2008 to early 2013, was released from prison and arrived at his home on Tuesday night after the Seoul High Court suspended his detention. The 78-year-old was thrown back into prison on February 19 when the appeals court raised his prison term by two years to 17 years on corruption, embezzlement and other charges.

In October 2018, a lower court sentenced Lee to 15 years. On March 6, 2019, he was released on bail on the condition that he should put himself into virtual house arrest and exercise more than one hour every day.

The ex-president has asserted his innocence, arguing he never received bribes during his five-year tenure or used his position to pursue private interests, but he was found guilty of embezzling a company fund and taking bribes from Samsung Electronics and others.

At the center of debate has been DAS, an auto parts supplier for Hyundai Motor. Prosecutors have insisted Lee was the real owner of DAS and used it to create a slush fund. The ex-president has insisted the company was owned and managed by his brother.