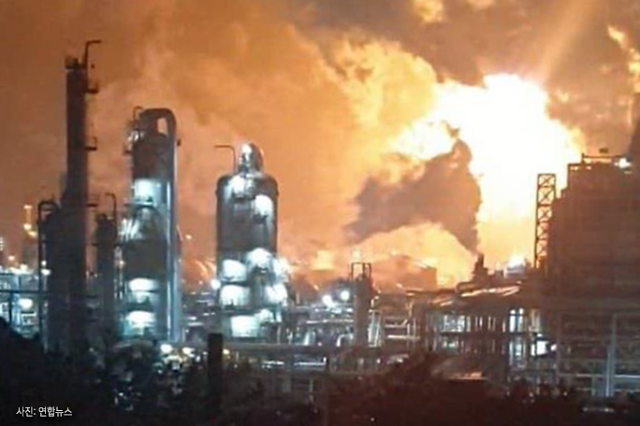 SEOUL -- Lotte Chemical, a major chemical company in South Korea, suspended the operation of a naphtha cracking center due to a pre-dawn explosion that left 31 people injured. The blast triggered a fire, but toxic chemicals were not discharged.

The explosion at 2:59 am on Wednesday in Lotte Chemical's plant in the southern city of Seosan occurred during the naphtha decomposition process for ethylene and propylene manufacturing. Firefighters put the fire under control in two hours.