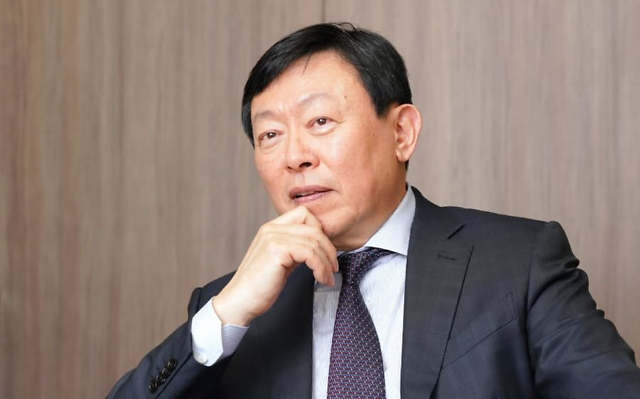 SEOUL -- Lotte Group chairman Shin Dong-bin can take a breather to doublecheck his aggressive push for the strategic and proactive expansion of petrochemical business at home and abroad following an explosion that led to the suspension of Lotte Chemical's naphtha cracking center.

The explosion on March 4 in Lotte Chemical's plant in the southern city of Seosan left dozens of people injured and forced the suspension of ethylene and propylene manufacturing. Lotte has yet to disclose a damage report, but Korea Investment & Securities predicted that it would probably take six months or more to normalize the naphtha cracking center.

Lotte Chemical's operating profit has seen a steady drop to 1.1 trillion won in 2019, amid concerns about oversupply in the global ethylene market. However, Shin clung to his initiative to make massive pre-emptive investments in petrochemical business and streamline the group's troubled distribution section.

In a bid to become a major player in the global ethylene market, Lotte has established a network of overseas production with plants in operations or under construction in the United States, Indonesia, Malaysia and Uzbekistan. Shin's initiative is based on a rosy outlook that the petrochemical industry will rebound.

In May 2019, Lotte Chemical completed an ethylene plant in Louisiana that can produce up to one million tons of ethylene and 700,000 tons of monoethylene glycol annually. The complex has an ethane cracker center (ECC), which separates ethane from shale gas found trapped within shale formations

Shale gas is relatively cheaper than petroleum naphtha and has become an increasingly important source of natural gas. By 2035, 46 percent U.S. natural gas supply will come from shale gas.