SEOUL -- Hyundai Motor has revealed a set of concept images for the 2021 version of Elantra, a C-segment vehicle known by the name of Avante in the domestic market.

Images were unveiled through Hyundai's news blog on Wednesday. Elantra's design was accented with progressive and exotic lines. Hyundai said the latest version of its best-seller will be showcased at a world premiere event in Hollywood on March 17. 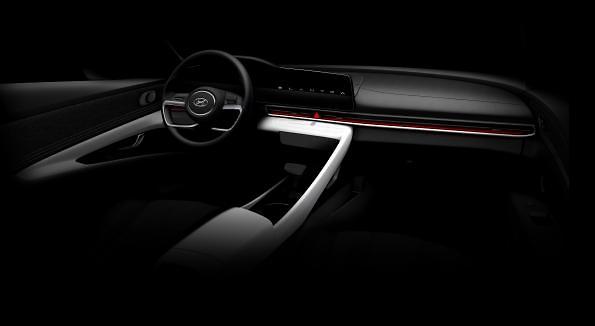 The interior design creates a driver-focused space called "Immersive Cocoon" that consists of a low and wide structure that connects the door and the center console. It features two integrated displays that work as an infotainment system.

The first model of Elantra was released in South Korea in 1990. The C-segment vehicle has earned its iconic position in the local car market for its affordable price and sleek design. While Avante dominated the C-segment car market at home, it was also popular in Europe and the United States.