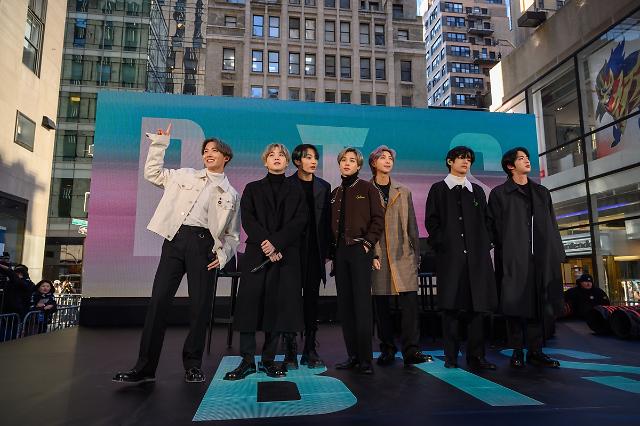 SEOUL -- BTS has postponed ticket sales for the European leg of its world tour, "Map of the Soul Tour," which is to start in London on July 3 and move on to Rotterdam, Berlin and Barcelona.

"Due to recent events, BTS 'Map of the Soul Tour - Europe' ticket sale will be rescheduled," the British branch of Live Nation, which organizes the European leg, said in an SNS message. The presale of tickets for Army, the fan club of BTS, was rescheduled from March 18 to April 29, ticket sales for the general public from March 20 to May 1.

The coronavirus pandemic has forced BTS to cancel its inaugural concert in Seoul in April. The North American tour will begin on April 25 at Levi's Stadium in Santa Clara, California, but it is also uncertain due to the pandemic.

BTS leader RM voiced frustration in a smartphone live streaming event on March 10, saying he "suddenly became angry like a mad man" because he could not perform in front of fans. "I was so choked up that I screamed like a madman," he said, adding he feels frustrated because there is nothing much BTS can do.

Other K-pop artists have canceled or postponed concert schedules. TWICE canceled its Seoul concert on March 7 and 8 and postponed the event in Tokyo. Boy band Super Junior called off the concert in Japan, set for March 25 and 26.