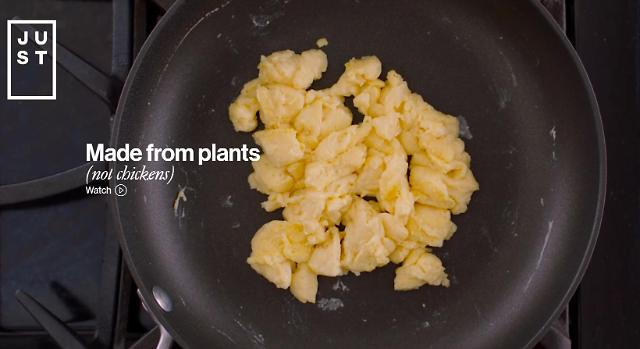 SPC Samlip said in a statement on Wednesday that it would exclusively produce and sell JUST Egg, a plant-based scrambled egg alternative product made with mung bean protein. The bakery brand plans to produce JUST's products such as vegan scrambled egg, vegan mayonnaise and vegan salad dressing.

JUST Egg was first introduced in the United States in 2011. The vegan product received attention from consumers who favor vegetarian products or those who are allergic to eggs.

"The vegetable protein food market has an infinite potential for future growth, with more than 10% growth per year worldwide," an SPC official was quoted as saying. SPC said it also targets the business-to-business (B2B) market by distributing JUST products through its franchise such as Paris Baguette, a bakery brand, and developing new vegan products.

According to the Korea Vegetarian Union, the number of vegan activists has steadily increased to about 1.5 million vegans as of 2018 from 150,000 in 2008. The number of people who prefer vegetarian menus is increasing due to health concerns. There are only about 350 vegan restaurants in South Korea.