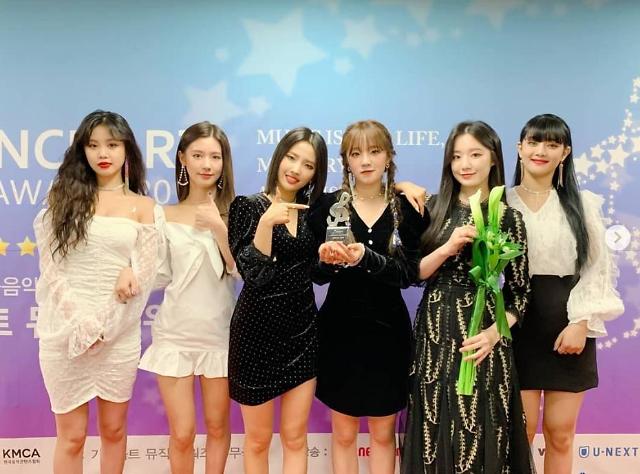 
SEOUL -- (G)I-DLE, a six-member multinational K-pop girl band, has postponed its comeback this month. There was no mention on the band's first world tour that will kick off in Bangkok on April 4.

(G)I-DLE garnered popularity in December 2018 when members Soyeon and Miyeon collaborated with Riot Games, the operator of world's most popular PC game "League of Legends (LOL)", and American singers Madison Beer and Jaira Burns to form K/DA, a virtual K-pop girl band comprised of four characters from LOL. The music video created a phenomenon on YouTube and it was credited for boosting the popularity of the game worldwide.

At home, (G)I-DLE gained popularity through "QUEENDOM", a cable TV music competition show involving female K-pop artists, last year. Through a series of competitions without cutoffs, (G)I-DLE competed against top acts such as MAMAMOO and Oh My Girl. Fans at home acknowledged (G)I-DLE as a skilled band with powerful vocals and performances.