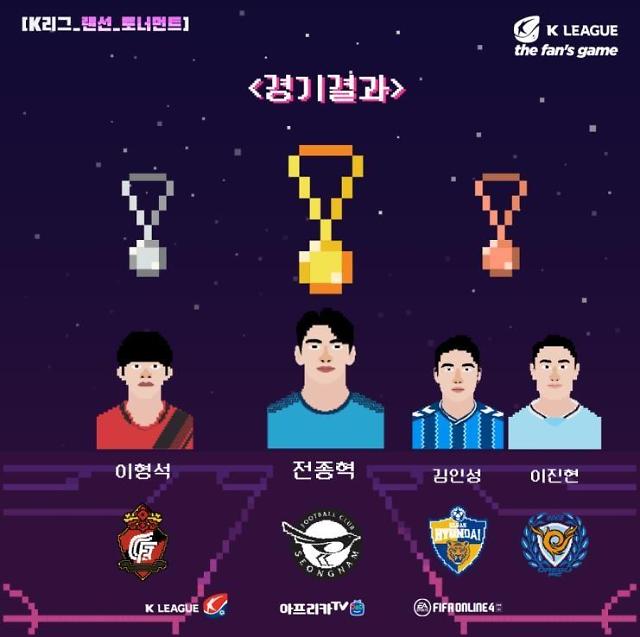 To help football fans spend an exciting weekend, the domestic football league carried out an online event involving eight representatives of its teams engaging in a tournament of "FIFA Online 4," an online multiplayer soccer game, on Sunday through Afreeca TV, a local video-sharing social media. The identity of players had been kept under the veil until the end of the tournament.

The killing-time event has brought positive feedback from fans. "I love this! It was fun to watch actual players play a game of football online," Char, a user from South Korean online community "Clien" said. Another user nicknamed Dream of Blue Sky said: "I am grateful that K-League is actually trying to do something for fans."

K-League had 1.58 million active fans who visited stadiums in 2019. The 12-team 2020 season was put off in late February. Asian Champions League games in South Korea in March were also postponed.