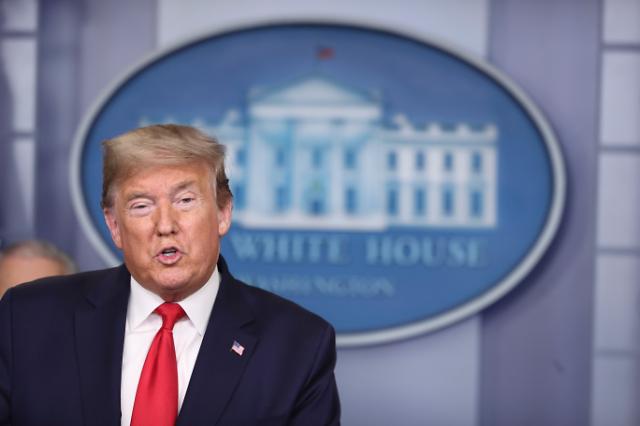 Moon replied that his government would provide "maximum support" if available, as the two leaders discussed bilateral cooperation in the fight against the novel coronavirus pandemic. He then pointed out that approval by the Food and Drug Administration (FDA) might be required.

In response, Trump said he would make immediate action for that "within today," Cheong Wa Dae spokesman Kang Min-seok said. Trump showed his interest in the trend of infections in South Korea and said the country is "doing very good," he added.

South Korea has been widely lauded for its effective and swift response to the spread of the virus, taking advantage of its advanced testing capabilities. It has been exporting test kits to a number of countries.

In the 23-minute conversation, made at Trump's "urgent request," Moon said the establishment of a US$60 billion currency swap line between the two countries earlier this week was a "very timely" measure to help stabilize the international financial market.
(Yonhap)