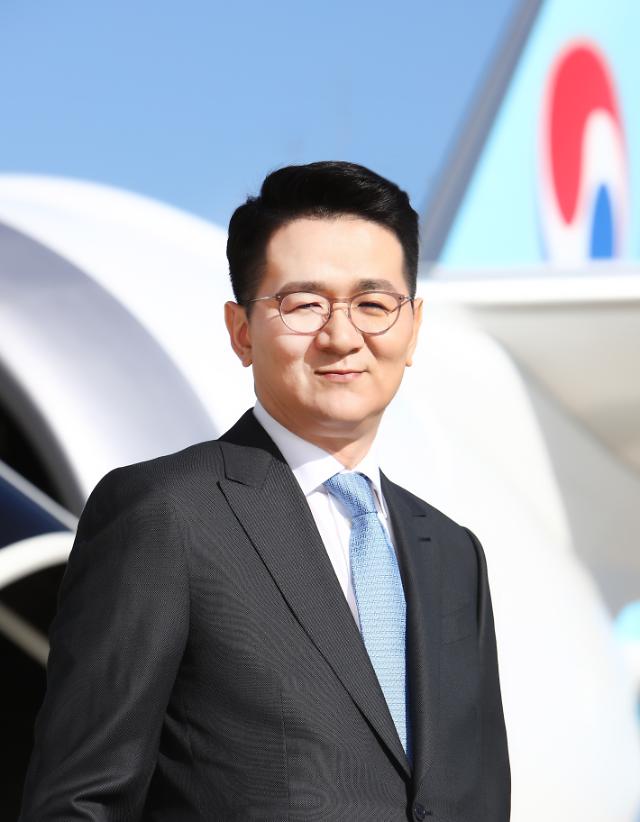 SEOUL -- At a high-profile meeting of shareholders, Hanjin Group chairman Cho Won-tae scored a comfortable victory over an opposing alliance led by his elder sister to retain control over the scandal-stricken conglomerate in a leadership contest that followed the sudden death of their father last year.

The 44-year-old chairman earned 56.67 percent of the votes cast by shareholders on Friday. Some 43.27 percent voted against him. The chairman was able to widen the margin with support from the National Pension Service (NPS), which holds a 2.9 percent stake in Hanjin KAL, the de facto holding company of Hanjin Group.

As head of Hanjin-KAL, Cho Won-Tae was officially designated by the Fair Trade Commission (FTC), a state anti-trust watchdog, as group chairman in May last year to succeed his late father. However, a family feud began in December 2019 when Cho Hyun-ah, a former Korean Air vice president known for a "nut rage" incident in 2014, broke her quiet life to wage a revolt against her brother.

Cho Hyun-ah has criticized her brother for running the group without prior consultations with family members. Her argument failed to win over a majority of neutral shareholders. Delta Air Lines was among the chairman's friendly shareholders.

KCGI has accused Cho Won-tae of turning a deaf ear to calls from ordinary shareholders without realizing Hanjin's management crisis, pointing to Korean Air's high debt ratio. The chairman has vowed to dispose of non-core assets and set up a neutral governance committee aimed at enhancing corporate transparency.

The feud had good effects, prompting Korean Air, the country's largest national flag carrier, to establish a governance committee of outside directors that will review and make recommendations about key management decisions.

The three-way alliance sparked criticism that KCGI was "sleeping with the enemy" because Cho Hyun-ah was once the subject of widespread public criticism.

Hanjin was battered by a series of scandals throughout last year after Cho Hyun-min threw a glass cup and sprayed plum juice during a business meeting with advertising agency officials. The incident fueled public anger, leading to multiple investigations into the late chairman, his wife and children on charges of creating a slush fund, evading taxes, bringing in luxury foreign goods illegally, abusing and assaulting company employees and others.

Cho Hyun-ah became enraged in December 2014 when a flight attendant served her some nuts in a bag on board a flight that was forced back to the gate while taxiing to the runway. She was given a prison sentence on conviction of violating aviation safety laws, but an appeals court suspended her sentence in May 2015.

Cho Hyun-min has come back to Hanjin's leadership, while Cho Hyun-ah has been sidelined at a time when she is under pressure to pay an inheritance tax.