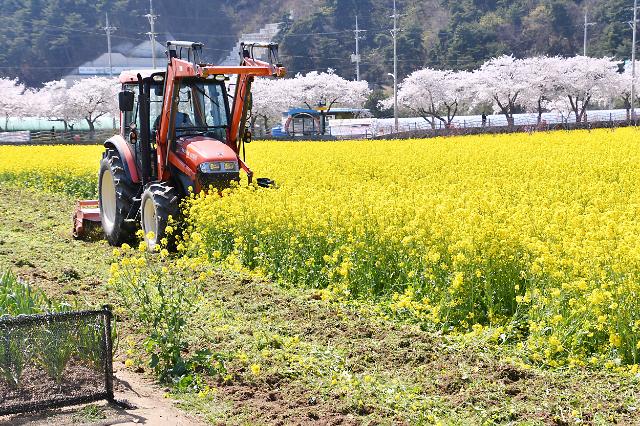 A tractor plows up a rape flower garden in Samcheok on April 3.[Yonhap News Photo]

SEOUL -- A prominent rape flower garden in South Korea was plowed up to turn away a flower-viewing crowd amid the growing anxiety of elderly villagers over the spread of a novel coronavirus.

A rape flower festival has been held every spring in a seaside town in Samcheok, 190 kilometers (118 miles) east of Seoul. City officials have called off this year's festival, which was to be held from March 23 through April 28, due to concerns about a COVID-19 epidemic. 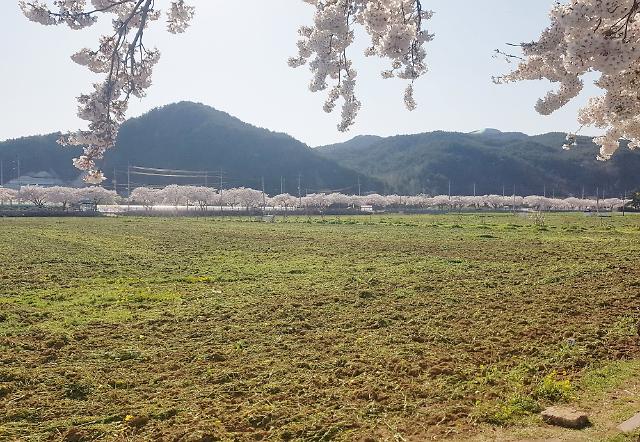 Four tractors were mobilized on Friday to plow up the 5.5-hectare canola garden as a steady inflow of urban visitors trying to take pictures in the garden as complaints grew among villagers.