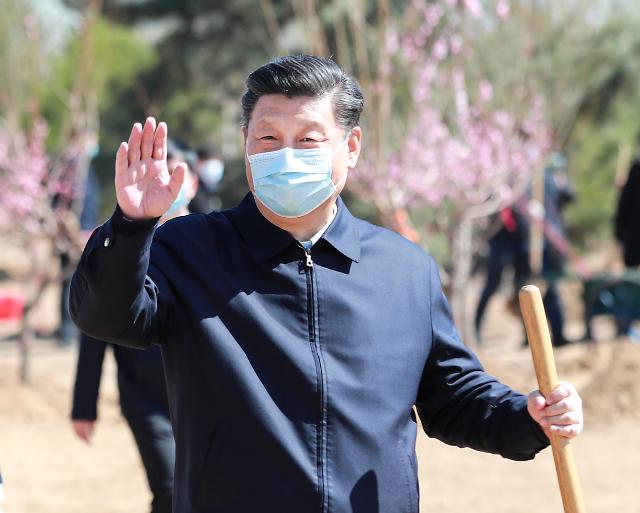 
SEOUL -- The COVID-19 crisis is sweeping the U.S. and swallowing other issues. The number of confirmed COVID-19 cases in the U.S. is rapidly increasing, leading to a more serious situation. Taking advantage of President Trump's hectic response to COVID-19 in his country, China is actively engaged in global diplomacy. As the number of confirmed cases in China began to decline significantly in mid-March, President Xi Jinping is putting forward China's role theory by making phone calls with different foreign leaders or sending telegrams almost once a day. China shared its clinical and quarantine experience through online video conferences with more than 115 countries and hastened the speed of 'Corona diplomacy' by dispatching medical, quarantine goods and staff to 90 countries.

There are various assessments of China's diplomacy, leading to heated debate. What's China's innermost desire for its active 'Corona Silk Road'? It comes down to three main points. First, it is designed to break away from the theory of responsibility for COVID-19, which originated in China and to create a cause to break through the unfavorable phase. In fact, China may not have thought that COVID-19 would spread rapidly to the rest of the world and deteriorate into a pandemic. The situation led to Sinophobia, which eventually resulted in a fall in the national image. China sought an opportunity to change this negative image, and it must have thought that now is the right time. This is because it is an opportunity to turn the tide and improve the image by sharing coronavirus information, providing relief supplies, and dispatching medical staff based on clinical trials and medical data accumulated by China, and to restore the leadership of the internally tarnished Communist Party and President Xi's authority.

Second, it was necessary to rally supporting forces from neighboring countries in preparation for the second round of hegemony competition between the U.S. and China, which will follow the termination of COVID-19. Due to the coronavirus crisis, attention is being paid to whether China will implement the first phase of trade negotiations with the U.S. that were concluded on January 15. With the possibility of asymptomatic infections spreading in some areas and the risk of a second epidemic emerging due to a reverse inflow of infections from abroad, cross-regional movements in China are still restricted. Against this backdrop, the factory operation rate has not fully recovered in the field of small and medium-sized private companies, except for state-owned ones. As the factory operation rate of private companies, which account for more than 60 percent of China's exports, has fallen, doubts are raised over whether they can purchase the promised amount of U.S. crude oil. Also, pigs are dying from the African swine fever, and it is doubtful whether they will be able to purchase American soybeans as promised. In the end, China is likely to ask for delayed implementation, citing force majeure factors, and President Trump cannot rule out the possibility of reigniting a second-round trade war, arguing that China broke its promise again. China is laying a paving stone to highlight COVID-19 and maintain 'Trump-shaking' tactics until the U.S. presidential election in November. In the end, there is an intention to use COVID-19 as leverage for conflict to prevent Trump from re-election. The war of nerves over the COVID-19 epicenter is likely to come harder when things calm down in the U.S.

Third, China may use it as an opportunity to respond to criticism of its one belt and one road initiative, and to restart the initiative which has lost momentum. On the 21st of last month, a Chinese-European train packed with quarantine relief and medical supplies left Yiwu in Zhejiang Province, which is famous for China's small product market, for European cities to support European countries where confirmed cases are rapidly increasing. China has begun to get its 'coronavirus silk road ambition' into full swing. Built on Xi's one-belt-one-road policy, the China-Europe cargo train is the world's longest round-trip railway of 26,000 kilometers, departing Yiwu and arriving in Madrid, Spain, via seven countries, including Kazakhstan, Russia, Poland, Germany and France. It takes about 20 days to Madrid and the China-Europe train is more than half the time shorter than sea transportation and about 20 percent cheaper. Except for Yiwu, there are more than 15 Chinese cities where freight trains to Europe depart, and since they leave China and pass through more than a dozen cities in eight European countries, COVID-19 will promote the cause and value of one belt and one road as much as possible. In particular, China will seek to further expand its influence and restore relations through 'Corona Silk Road Diplomacy' with African and Middle Eastern countries with weak quarantine and medical infrastructure.

In several telephone conversations with French President Macron, President Xi stressed the understanding of public sentiment among the five key strategies of one belt and one road by sending medical staff and exchanging experts. Xi emphasized exchanges between people, not hardware-oriented infrastructure communication. China's software practical diplomacy has begun to accelerate as Western countries led by the U.S. centered on tightening checks on China. South Korea's role theory will also become important in the future, with COVID-19 appearing as another issue maker in the global hegemonic competition. South Korea's coronavirus diplomacy should be highlighted as much as possible at a time when the world is praising it as the most exemplary country in responding to COVID-19. This situation could be an opportunity for South Korea to establish itself as an independent variable, not a dependent variable of the U.S. and China.

(This column, contributed by Park Seung-chan, the head of the Management Institute of China and a professor of Chinese studies at Yong In University, does not necessarily represent the opinions of Aju Business Daily's editorial board.)