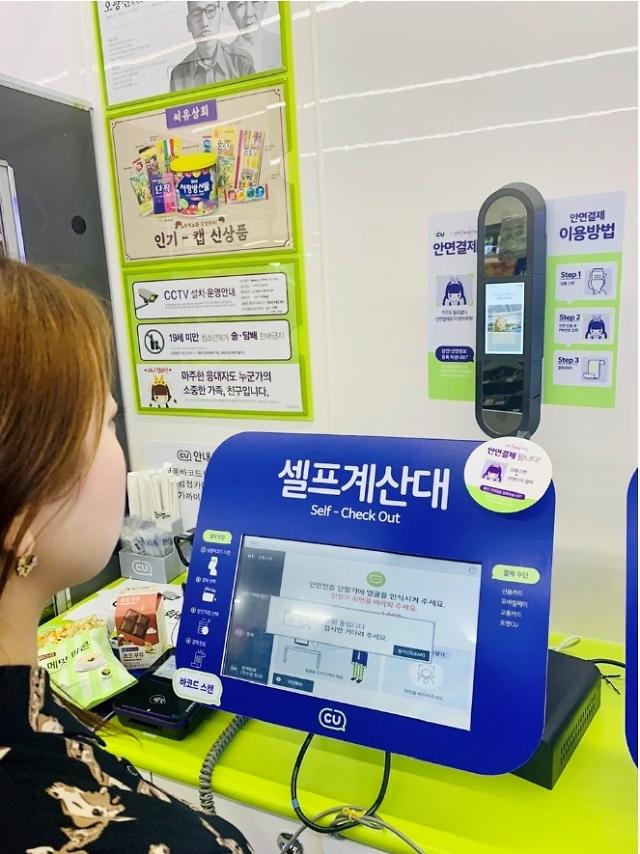 SEOUL -- Shinhan Card, a major South Korean credit card company, became the first to commercialize a face recognition system for offline payment in a country that has expanded the use of biometrics technology from airports to convenience stores.

Shinhan Card said on Thursday that it has introduced a simple offline payment service using biometrics technology to recognize the face of customers at a bank and convenience stores located inside a university campus in Seoul.

Biometrics, biometrical measurements or physical characteristics such as unique patterns of humans' iris or fingerprints, are used as a cybernetic alternative to physical keys to gain access to services that require authentication. Fingerprints are the most common use of biometrics to unlock smartphones or for financial technology services.

Shinhan Card has cooperated with Hanyang University in eastern Seoul to establish "Face Pay" infrastructure over 16 places including a bank, convenience stores and campus canteens. The credit card company said the face recognition payment system is the first of its kind to be introduced in South Korea.

Face Pay recognizes customers who have registered their faces as a biometric key. Payments will be automatically made just by asking customers to stare at the payment system's camera installed in counters. Shinhan Card will expand its Face Pay system across the country mainly through partner stores.

Biometrics are used as personal authentication tools at stores and public areas in South Korea as such a method reduces time. In 2018, 7-Eleven, a convenience store franchise, adopted a biometrics-based authentication system that reads palm veins.

In 2019, the Korea Financial Telecommunications and Clearings Institute, (KFTC) a state financial transaction authority, partnered with the Korea Airports Corporation, the operator of airports, to share and utilize biometrics data in 14 airports. The utilization of palm vein biometrics will be in full swing this year to increase the efficiency of airport operations.