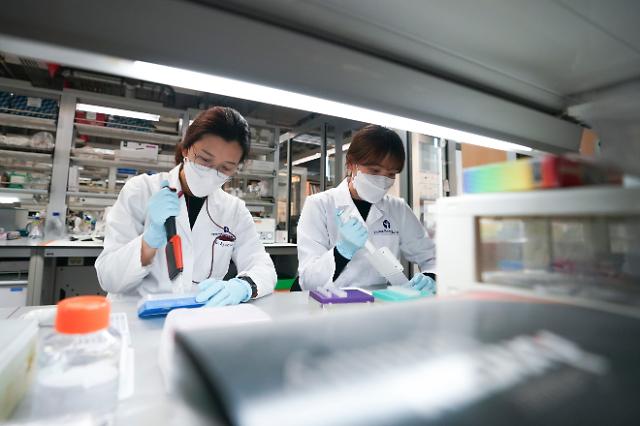 SEOUL -- Known for innovative ideas such as drive-thru or walk-thru examinations that gained global attention, South Korea's medical society has invented a quick diagnostic method of preventing herd infections at vulnerable places such as nursing hospitals that often have frustrated health officials trying to stem the spread of a coronavirus epidemic.

Mass infections at nursing hospitals and care facilities for old people have created a major obstacle to South Korea's anti-epidemic campaign since the first case was reported on January 20. To quickly find out if the virus has penetrated, the Korea Centers for Disease Control and Prevention (KCDC), a state health watchdog, has invented a new diagnostic protocol.

KCDC researchers have joined hands with the Korean Society for Laboratory Medicine to create a "pooling protocol" capable of examining up to 10 samples at once. It's a method of combining multiple samples into one and re-testing them individually if the test is positive, the watchdog said in a statement on Thursday.

The new method is useful to sort out virus carriers showing no symptoms from risk groups such as those who are housed at nursing facilities and require periodic inspections, the watchdog said. It is designed to suit the domestic laboratory situation after 650 evaluations. Even if 10 samples are pooled, they can maintain the sensitivity of 96 percent or more compared to individual samples.

It will be used only for disease monitoring, not to diagnose confirmed cases. "There is no need to worry about accuracy because it is used only for disease monitoring purposes in risk groups without symptoms," KCDC director Jeong Eun-kyeong said. "We will be able to find patients hidden in communities, contributing further to the prevention of diseases."

KCDC's statement included references on a research letter published online by the Journal of the American Medical Association, a peer-reviewed medical journal, that said pooled screening may facilitate early detection and enable the "timely implementation of appropriate infection control measures to reduce spread."

The Stanford Health Care Clinical Virology Laboratory said in the research letter that sample pooling, a strategy used for community monitoring of other infectious diseases, has not been deployed for early comprehensive screening in the U.S.

"Due to the challenges of restricted access to diagnostic tests and kit supplies across the United States, early testing has largely been limited to symptomatic individuals fulfilling testing criteria. Although this approach facilitates rational use of resources, it may miss individuals in whom COVID-19 risk has not been identified," the letter said.

"This study is limited in that it was performed in a single laboratory in a restricted geographical area; additional data are thus required to validate this approach on a larger scale," it said, adding a pooled screening strategy "does not obviate the need for individual diagnostic testing, particularly as community transmission intensifies."