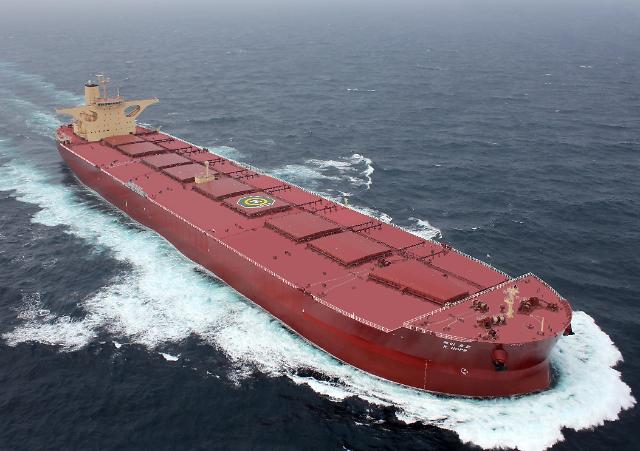 
SEOUL -- South Korea's Hyundai shipbuilding group claimed to be "industry-first" in applying the core technology of autonomous sailing to a large ship already in service as the world's largest shipbuilder steps up the development of technologies to gain a firm edge in smart shipping.

Using artificial intelligence and other technologies, HiNAS automatically recognizes surrounding vessels through camera analysis to determine and alert the risk of collision based on augmented reality. Even when visibility is not secured at night or by sea fog, infrared cameras comprehensively analyze and provide information such as the location and speed of obstacles.

"Self-sailing vessels are future ships packed with technologies for the Fourth Industrial Revolution such as the Internet of Things (IoT), big data and artificial intelligence," an HHI official said, adding the shipbuilder would advance the era of autonomous sailing through the proactive development of technologies.

Smart ships are expected to revolutionize the landscape of ship design and operations as they can minimize human errors. South Korean shipbuilders work hard to develop smart ship technologies as tightened international regulations will increase the preference for digital total solutions that support efficient navigation systems.

Smart shipping can be divided into unmanned ships ruled by an operator from a control center onshore and autonomous ships that use a computer on board that takes decisions about the route, speed, fuel consumption, maintenance and even mooring in the harbor. HHI has developed an IoT platform that collects ship data in real time to efficiently manage energy and provide optimal routes, as well as an intelligent berthing assistance system called HiBAS.