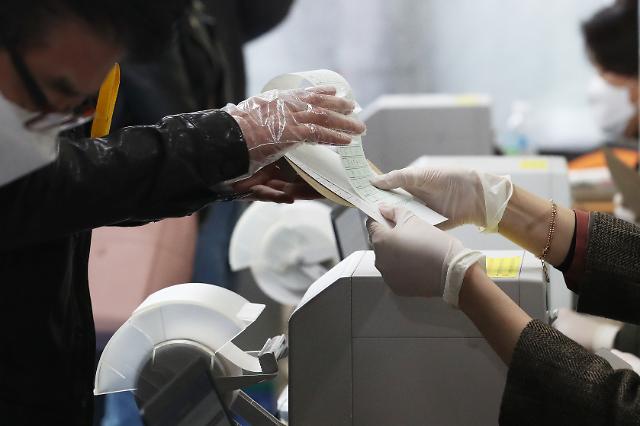 Putting the safety of voters before balloting on April 15 to elect 300 members of South Korea's unicameral legislative body, the National Election Commission (NEC), a state election watchdog, has asked voters to have their temperature checked at the entrance of polling booths and keep a distance of at least one meter from each other.

Despite a voice of concern over COVID-19 infections, South Korea decided to push ahead with elections, demonstrating confidence in the safe management of balloting. Hundreds of mild cases and some 40,000 people staying in their homes or designated places for obligatory self-quarantine for two weeks are allowed to vote.

Across South Korea, the commission opened 3,508 polling booths for a two-day early voting system that began on Friday for those who cannot cast ballots on April 15. Voters experienced a new culture that has never been done before, and officials maintained strict quarantine guidelines, asking voters to wear masks and disposable gloves.

Inside polling stations, voters should ID cards in remote identification machines and briefly lower masks to have their face checked before receiving ballot papers. Separate polling booths were set up for those with respiratory symptoms such as fever and coughing.

Clad in plastic gowns and gloves as well as masks, more than 400 patients housed at eight isolated places for showing minor symptoms voted after being guided one by one into outdoor polling stations managed by election officials work in protective clothing, including goggles. Medical staff and support personnel voted later.

Health and election officials will work out guidelines later on voting by those who self-quarantine for monitoring.

In this month's elections for National Assembly members in 253 constituencies and 47 proportional representatives for a four-year term that begins on May 30, the ruling Democratic Party is predicted to beat the main opposition United Future Party, according to opinion polls.