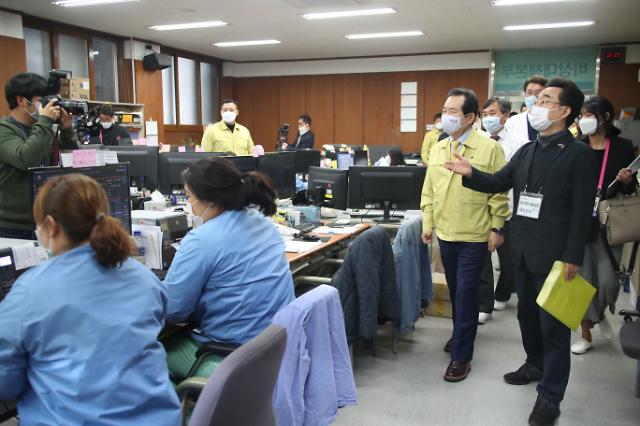 
SEOUL -- A hospital research team urged doctors to carefully observe the occurrence of myocarditis when treating patients infected with a novel coronavirus after a 21-year-old woman showed a COVID-19-related inflammation of her heart muscle.

Myocarditis is an inflammation of the heart muscle that can affect the heart's electrical system, reduce the heart's ability to pump and cause rapid or abnormal heart rhythms. The probability that COVID-19 can cause myocarditis has been raised by a medical team led by Kim In-cheol, a cardiology professor at Keimyung University's Dongsan Medical Center in the southeastern city of Daegu.

After a month of treatment, the hospital cured and released a 21-year-old female patient, but she is still receiving treatment regularly because her heart function was not fully recovered, Kim's team said in a research paper published through the European Heart Journal, a peer-reviewed medical journal.

Kim said that medical staff should carefully observe the occurrence of myocarditis when treating COVID-19 patients. Similar cases have been reported abroad, but South Korea health officials have yet to acquire scientific data or give a clear answer.

"We still don't know what other body organs other than lungs are attacked by this virus and how it affects them," Gwack Jin, head of an epidemiology team at South Korea's state anti-epidemic center, told a regular press briefing on Friday. "Probably, myocarditis is thought to be one of those possible diseases, but we can't clearly explain it yet."

Along with asymptomatic infections and mutations, South Korean health officials have also grappled with a new phenomenon of COVID-19 through an epidemiological study to find out how patients were infected with a novel coronavirus again after being cured and released from hospital.

As of April 17, the Korea Centers for Disease Control and Prevention (KCDC), a state health watchdog, has detected 163 cases of re-infection out 7,829 cured patients. It took 13.5 days on average to be re-infected after their release. The analysis of 137 cases showed that symptoms of 61 people, or 43.9 percent, were mild with no secondary cases of infection reported.

KCDC director Jeong Eun-kyeong said that 28 samples were collected for culture testing, with six showing nor virus and the remainder still under examination. "The test was completed for six samples initially obtained, but the virus did not grow. In any case, no living virus has been identified, so we believe that it will not be highly contagious," she said.

Despite denials by KCDC officials, some critics have raised the possibility of human or mechanical errors.