Pandemic seen as blessing in disguise for EV battery makers 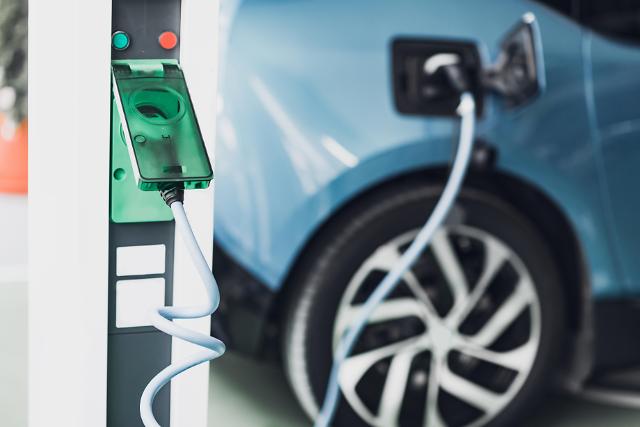 SEOUL -- A coronavirus pandemic coupled with low crude prices has curtailed demand for electric vehicle batteries at a time when battery makers in South Korea, China and Japan are locked in a fierce battle to expand their market share. There is the opposite effect of what South Korean companies have wanted.

Due to the shutdown of car factories in Germany and the United States, South Korean battery companies -- LG Chem, Samsung SDI and SK Innovation -- have bought time for strategic investment to strengthen their competitiveness and develop next-generation batteries.

The pandemic will provide an opportunity for a blessing in disguise, Jung Soon-nam, vice president of the Korea Battery Industry Association (KBIA), told Aju Business daily. "Relatively, there has been less damage to battery factories," he said, adding battery companies were able to reduce costs due to the falling price of main ingredients such as nickel, cobalt and manganese.

"It will be a problem if COVID-19 is prolonged to cause a long-term slump, but in the short term, the reduced cost will improve their performance," Jung said, predicting a favorable post-pandemic environment for the wider use of electric vehicles. "We expect greater interest in climate change, which will further strengthen environmental regulations around the world."

Big carmakers are trying to establish an independent battery supply chain, but Jung said they will not be able to catch up easily due to entry barriers. "I understand that there is a difference of more than seven years even if they invest in a large scale due to high barriers to entry into the battery industry."

South Korean battery makers have the best technology in the world and diversified demand source, although they lag behind Japanese and Chinese competitors in terms of market share, Jung said. As of the end of last year, the order backlog of LG Chem, Samsung SDI and SK Innovation surpassed 200 trillion won ($164 billion).

"The electric vehicle market is expected to grow by around 25 percent annually until 2030. Demand is high in the three major markets -- Europe, China and the United States," Jung said, calling for the creation of a dedicated R&D platform in South Korea for the development of next-generation materials and large research projects encompassing an industry ecosystem.

Jung predicted that batteries that run up to 1,000 kilometers (620 miles) on a single charge are expected to come out in five years. "The days when battery capacity is a problem will soon go away. The charging time will also be shorter, and various attempts will be made, including a secondary battery replacement system."

Lithium-ion batteries have the weakness of taking too long to charge and discharge. Battery suppliers are trying to develop cheaper, more efficient, more powerful batteries. LG Chem forged a deal with General Motors in December 2019 to set up a joint venture with a combined investment of $2.3 billion for the development of advanced battery technologies.