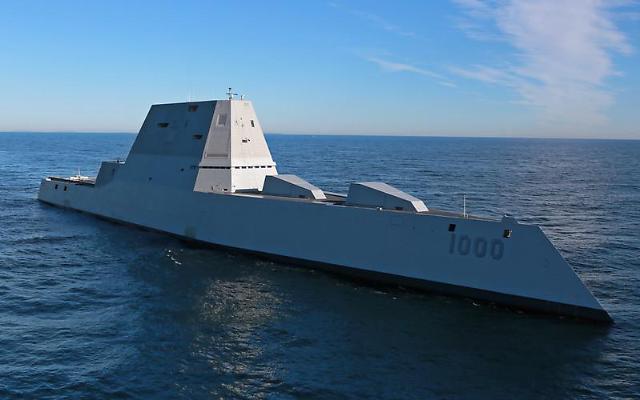 SEOUL -- An independent electric-drive propulsion technology for South Korea's next-generation destroyers has been unveiled by Daewoo Shipbuilding & Marine Engineering. The shipbuilder will begin basic design this year on a system similar to that used by the Zumwalt-class U.S. destroyer installed with turbo-generators.

Zumwalt is the first US Naval surface combatant to feature all-electric propulsion. The multimission destroyer integrates an all-electric drive with an integrated power system that can send electricity from turbo-generators to electric drive motors or weapons. The class requires a smaller crew and is less expensive to operate than comparable warships.

Daewoo Shipbuilding & Marine Engineering (DSME) said that the results of a joint study with partners were presented on May 6 at its shipyard on the southern island of Geoje. The shipbuilder has partnered with the government-funded Korea Electrotechnology Research Institute (KERI), Seoul National University and Korean Register (KR), a classification society offering verification and certification services for ships.

Electric-drive propulsion technology will be used for next-generation warships such as the KDDX-class destroyer (KDX-IV) to be launched after 2025. Displacement of the new destroyer is set to be about 8,000 tons. The new destroyer armed with cruise missiles will have advanced sensors and missile defense as well as stealth characteristics and low operating costs. The size will be between that of 4,200-ton KDX-II destroyers and the KDX-III Aegis destroyer.

The electric propulsion system has the advantage of securing viability in anti-submarine operations as it can minimize underwater noise. It is also advantageous to install weapons systems such as rail guns that consume large amounts of electricity. Information and communication technology (ICT) systems can be used for automation and networking.