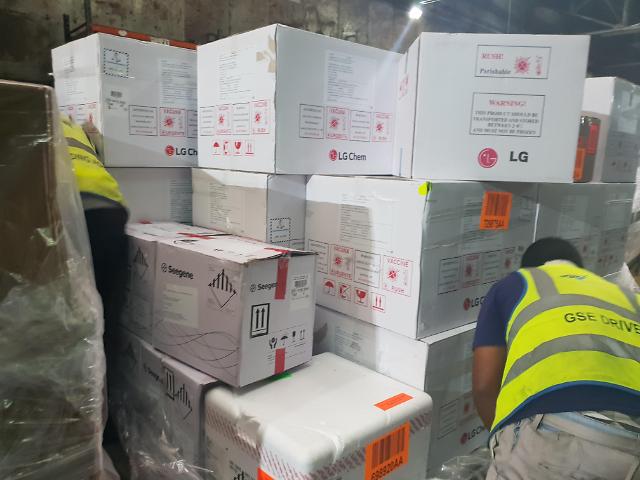 
SEOUL -- Helped by growing popularity abroad, exports of South Korean diagnostic kits to sort out patients infected with a novel coronavirus soared to $201.2 million in April from $24.1 million a month ago. Demand is expected to remain strong as many countries have yet to contain a pandemic.

South Korea has been swamped with urgent requests for diagnostic reagents and other quarantine items to stem a pandemic, as well as a flurry of similar requests for humanitarian help from other countries grappling with shortages.

In the first four months of this year, South Korea exported diagnostic kits worth $226 million to a total of 103 countries, according to the Korea Customs Service. The biggest client was Brazil, followed by Italia, India, the United States and Poland.

As the epidemic showed clear signs of slowing down, the Ministry of Food and Drug Safety decided to allow humanitarian shipments of masks which have played a crucial role in abating the spread of COVID-19. The ministry controls the public supply of masks at reasonable prices.

Food and Drug Safety Minister Lee Eui-kyung said on Thursday that the government would exceptionally allow the overseas supply of masks on official requests by foreign governments for humanitarian purposes. Out of some 70 countries that have sent requests, South Korea will select countries that urgently need masks or those in need of diplomatic and security assistance.

When South Korea was hit by a COVID-19 epidemic in February, masks disappeared from the shelves of supermarkets and pharmacies as the number of patients infected with a new coronavirus surged. Retailers and middlemen have been blamed for hoarding them for profit-taking that fanned a price hike.

For the stable distribution of masks, the government has increased the production of masks, along with an intensive crackdown on hoarding. A strict system was introduced on March 9 to allowing each person to buy two masks a week at pharmacies and other designated places. Now, three discounted masks of good quality are allotted to each individual a week.

Health officials believe that masks have played a crucial role in preventing droplet infection caused by coughing and sneezing. To cope with the second wave of an epidemic in Sout Korea, Lee said the government would store up to 100 million masks.