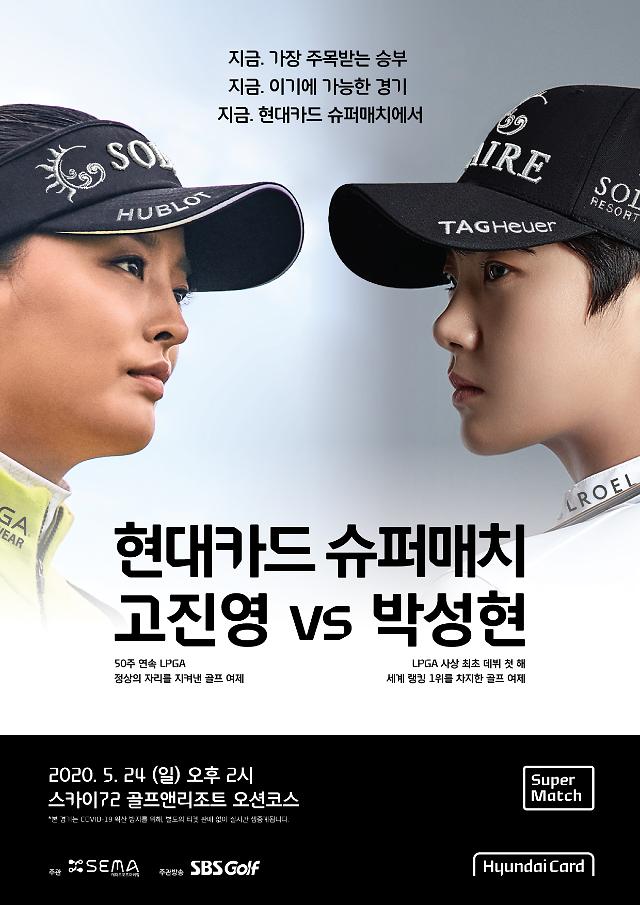 
SEOUL -- Ko Jin-young, a South Korean star player on the LPGA Tour, will have a one-on-one skins match with her compatriot rival Park Sung-hyun on May 24 in the absence of fans. The super-match will be held at the Sky72 golf course near an international airport in the western port city of Incheon.

The total amount of prize money is 100 million won ($81,967) that will be delivered to donors designated by Ko and Park after the match sponsored by Hyundai Card, a credit card company.

Ko, 24, was named the LPGA Rookie of the Year in 2018 and LPGA Player of the Year for the 2019 season with the official money title and the Vare Trophy for the lowest scoring average of 69.06. Park, 26, has won two LPGA majors championships.

The skins match, approved by the Korea Ladies Professional Golf Association (KLPGA), will follow the opening tournament of the KLPGA tour, set for May 14-17 at Lakewood Country Club in Yangju north of Seoul. At stake is three billion won, with 220 million won going to the champion.

The association has expanded the field to 150, including Korean LPGA players such as Park Sung-hyun, Kim Sei-young and Lee Jeong-eun and Kim Hyo-joo. Fans will have no access to the tournament, with holes to be roped off to prevent possible COVID-19 infections. The body temperature of players and caddies will be checked in advance and they should maintain a safe distance from their playing partners and sanitize their clubs.