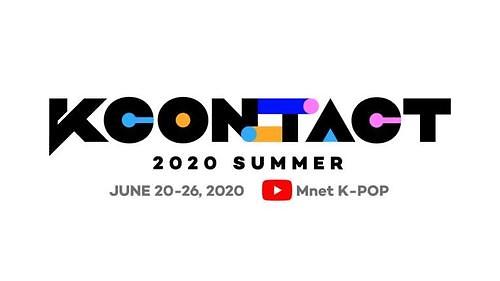 
SEOUL -- CJ ENM, the entertainment wing of South Korean conglomerate CJ Group, has designed a rare method to let global fans enjoy Hallyu (Korean cultural wave) through a nonstop online Korean culture convention that will be broadcast on YouTube for seven days in a row.

KCON (Korean Convention), a massive annual Korean culture convention hosted by CJ ENM, was to be held in New York in June this year. However, CJ ENM made a decision in March to call it off due to a COVID-19 pandemic.

On Thursday, CJ ENM revealed plans to reach out to Korean cultural content fans worldwide through "KCON:TACT 2020 SUMMER," an online event that will be broadcast nonstop for 168 hours from June 20.

"This event was planned to provide the fans who had little opportunities to experience Korean culture with high-quality content and artists who could not perform abroad with a chance to meet their precious fans," a CJ ENM official was quoted as saying.

CJ ENM vowed to maximize its online platform characteristics to overcome geographical limitations so that the KCON:TACT convention would consolidate its position as a new annual event.

CJ ENM plans to adopt new technologies such as virtual reality and augmented reality to deliver the heat of performances and concerts to fans. The convention will consist of remote fan meetings, concerts, documentaries and performances covering K-pop, K-drama, food and Korean lifestyles.

Basically, online content will be free but some will only be available for subscribed users. A share of proceeds will be be donated to help students living in underdeveloped countries hit hard by COVID-19.

For offline KCON events, CJ ENM would reschedule dates. K-pop bands have called off their concert schedules. BTS' world tour, which was to begin in February, has been called off to ensure the health and safety of artists and fans.