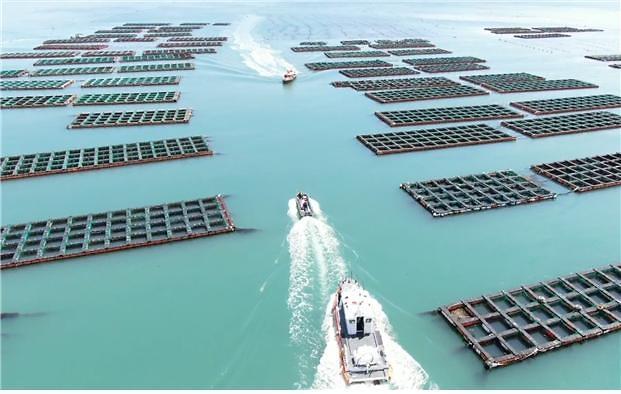 SEOUL -- The southwestern county of Wando and local coastguard forces have jointly demonstrated the use of surveillance drones and a smart city platform netted with wireless networks through a simulated drill to catch abalone thieves moving fast on a small boat.

Wando, surrounded by small manned and unmanned islands, has one of South Korea's largest aquafarm fields for abalones, a premium seafood ingredient. Thieves using speedboats frequently trespass aquafarms to steal abalones and run away because it is hard for the coastguard to catch small boats moving at a fast speed.

The southernmost country said in a statement on Friday that the live drill was broadcast using drones and CCTV feeds using a smart city platform established through a government-funded project in January this year. Wando said that the drone surveillance system can be used for a quick location of survivors stranded in the sea.

Commercial and industrial drones have become popular in South Korea. However, because of strong regulations against flying gadgets in urban areas, the use of drones is currently limited to filming, crop-dusting and bushfire monitoring in rural areas. The government has designated small areas where recreational drone flyers could enjoy  hobby activities.