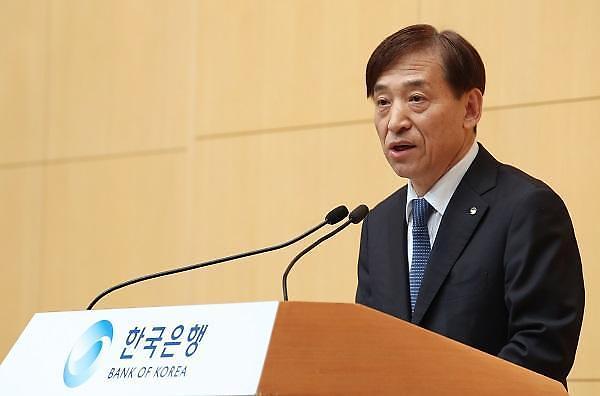 [Courtesy of Bank of Korea]

SEOUL -- South Korea's central bank slashed its policy rate by a quarter percentage point to a record low of 0.50 percent Thursday as the country's economy is expected to grow at the slowest pace in over two decades amid the COVID-19 pandemic.

The move came a little over two months after the Bank of Korea (BOK) cut the base rate to 0.75 percent from 1.25 percent in its first emergency rate cut since October 2008. "Economic growth in Korea has slowed considerably," the BOK said in its statement on the latest monetary policy decision. "Consumption has remained sluggish and exports have fallen significantly. While the recovery in facilities investment has been subdued, the correction in construction investment has continued."

BOK Governor Lee Ju-yeol underscored the possibility of an additional cut to the growth estimate depending the development of the virus outbreak. "Because the uncertainties regarding the spread of COVID-19 and its impact continue to remain very high, we cannot but review conditions based on assumptions about the future course of COVID-19," he told a press conference.

The BOK chief said the latest growth outlook is based on what he called the "basic scenario." "It is based on an assumption that the pandemic will reach its peak in the second quarter globally, and that there will not be any major second wave of the virus in the country," Lee said.
(Yonhap)