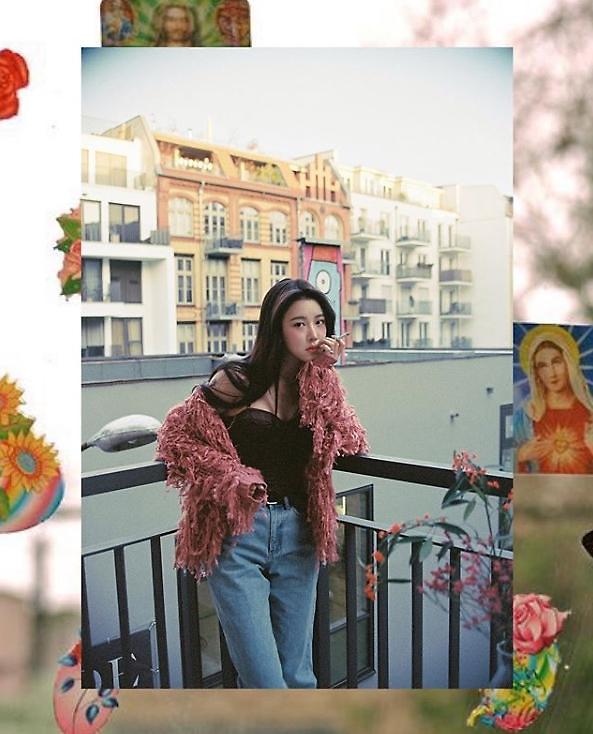 
SEOUL -- Baek Yerin, a 22-year-old former member of JYP Entertainment's female duo 15&, has unexpectedly sold about 15,000 copies of her new album in a vinyl album format through a special order thanks to the retro trend among young consumers.

The vinyl record, also known as LP (long play) album, is the 12-inch analog sound storage introduced in 1948. The circle-shaped record remained as the standard format for record albums until the early 1990s when compact discs (CDs) were produced. However, LP albums have been favored by audio enthusiasts for distinctive warm and cozy sounds.

Blue Vinyl, Baek's agency, said on Tuesday that about 15,000 LP album copies of "Every letter I sent you," the singer's first solo album released in digital and CD formats last year, were sold through a special order event.

Previously, well-known artists such as solo female singer IU and indie band Hyukoh have released a limited number of albums in LP formats but it is very unusual for a rookie singer to garner such popularity. Baek's LP albums were only sold through special orders because the mass production of the vinyl record is a costly and time-taking job, according to Blue vinyl.

Baek set a milestone in South Korea's music history in December last year by topping real-time song charts with "Square," a full English single song included in her album. The singer is also active as a member of "The Volunteers," an indie rock band that only sings songs in English.

Helped by a retro consumer trend that has mesmerized young South Korean consumers, LP albums have regained popularity in the music scene dominated by online music services. LP stores in Seoul are filled with music enthusiasts looking for secondhand out-of-production albums of foreign bands such as The Beatles and Queen.

It is not rare to see LP lovers spend nights outside a record store before the release of vinyl albums by favorite artists who keep their ground as many LP albums are released in limited edition formats.

Bars and cafes that play LPs also attract young consumers. They are divided into two groups, one that plays loud rock and roll music and the other that plays easy-listening music such as jazz and blues. Businessmen in suits visit such bars for a glass of cold beer or liquor before they return home after work.

The hobby of listening to LPs became was visible this year thanks to social distancing that began in February to prevent the spread of COVID-19 and sent music listeners venturing further into the hobby of LP collection.

"Now, I cannot find any good and old LP albums or players at online secondhand markets. Everyone seems to have started to listen to old out-of-production LP albums," said Kim Ji-hoon, a 38-year-old Seoul businessman who had been collecting LP albums and record players for more than 10 years.