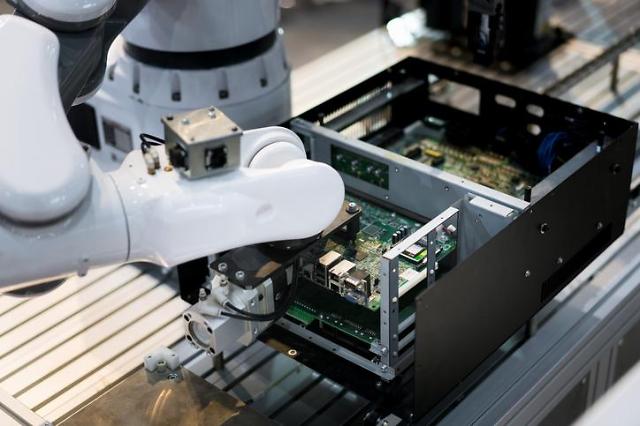 "Our goal is to transform Gumi into a '5G specialized city' by expanding smart factories that can innovate manufacturing with information and communication technology (ICT) such as 5G and improving urban infrastructure so that workers can work in a pleasant environment," LGU+ said in a statement on Wednesday.

The mobile carrier said that it will cooperate with Kumoh National Institute of Technology to establish a dedicated 5G network in Gumi's industrial zone and implement ICT in the production process of factories. Internet of things (IoT) devices using remote control technologies will increase the work efficiency of human workers who will be aided by autonomous robots.

"We will revitalize the economy of Gumi with our 5G technology," LGU+'s vice chairman Ha Hyun-hwoi was quoted as saying. Ha said the mobile carrier's smart factory infrastructure will increase the efficiency of Gumi's industrial complex.

LGU+ will also establish a smart city infrastructure by utilizing smart surveillance drones and autonomous patrol robots. The company will provide support for small and medium-sized factories in Gumi so that they can easily adopt new smart factory technologies.

In May, South Korea's postal service revealed plans to demonstrate various kinds of 5G-connected robot postmen to see if they can help human workers with the collection and delivery of mails.

Autonomous shuttle-type robots with smart city platforms will collect registered mails and parcels at the doorstop of senders and carry cargo to logistics centers. Deliverymen-type robots will pick up mails and parcels from logistic centers and deliver them to designated post office boxes. Helper robots capable of carrying a heavy load of cargo will accompany postmen on delivery runs.