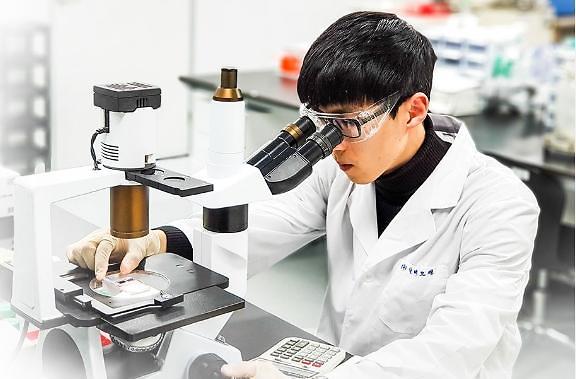 
SEOUL -- Alteogen, a bio company in South Korea, has secured a new technology export contract with an unnamed global pharmaceutical company with its human hyaluronidase technology called ALT-B4 that can replace intravenous drugs with subcutaneous ones. The front payment is $16 million and Alteogen can get up to $3.86 billion as milestone payment.

Hyaluronidases, a family of enzymes that catalyze the degradation of hyaluronic acid, increase tissue permeability. They are used in medicine in conjunction with other drugs to speed their dispersion and delivery. ALT-B4 can be mixed with other types of biomedicine to develop and commercialize new products.

Under a non-exclusive license deal, Alteogen allowed its client to develop products with ALT-B4 and sell them around the world. Details would be disclosed after the contract period expired on March 24, 2040. "We are pleased to work with the global leader of antibody treatments. Through this contract, our own technology has been recognized worldwide," said Alteogen CEO Park Soon-jae.

In December 2019, Alteogen clinched a similar deal with an unspecified global pharmaceutical company to export ALT-B4. The front payment was about 15.3 billion won ($13 million) and the contract's total value would rise to about 1.62 trillion won, including milestone payments, which are paid when each milestone is achieved in clinical trials and commercialization.

With a protein engineering technique called "Hybrozyme," Alteogen has improved biochemical properties while maintaining the inherent function of the previously known human hyaluronidase. The company has patented a subcutaneous injectable formulation for ALT-LS2 that incorporates human hyaluronidase technology into its Herceptin biosimilar for breast cancer therapy. Herceptin has been developed by Genentech, a subsidiary of Swiss pharmaceutical giant Roche.

Alteogen develops long-acting therapeutic proteins, therapeutic antibodies and monoclonal antibody biosimilars, with its portfolio including next-generation biobetters, an improved version of existing products, which may have a change in structure that makes it safer or more effective or a change in the formulation that makes it easier to administer or allows fewer courses of treatment.