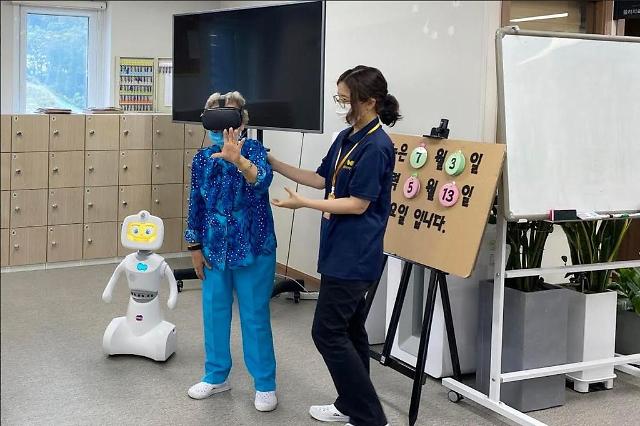 [Courtesy of Hancom With]


SEOUL -- To set up a nationwide network of daycare service centers, Hancom With, an online security and blockchain wing of South Korea's software maker Hancom Group, will use new technologies such as virtual reality, artificial intelligence robots and wearable devices for various care services for senior citizens.

More than 46.5 percent of South Korea's population will be aged over 65 in 2067, a government study showed. Seoul has more than 390 daycare centers for elderlies with geriatric diseases and cognitive disorders such as dementia and delirium. Hancom With would open elderly daycare service centers in five cities including Seoul in August.

"As baby boomers are starting to retire, we are paying attention to the growing senior industry," Hancom With CEO Kim Hyun-soo said. "In the long term, we plan to develop various care services for senior citizens through related big data analysis," Kim said, adding the company plans to build 3,000 elderly daycare service centers by the end of 2023.