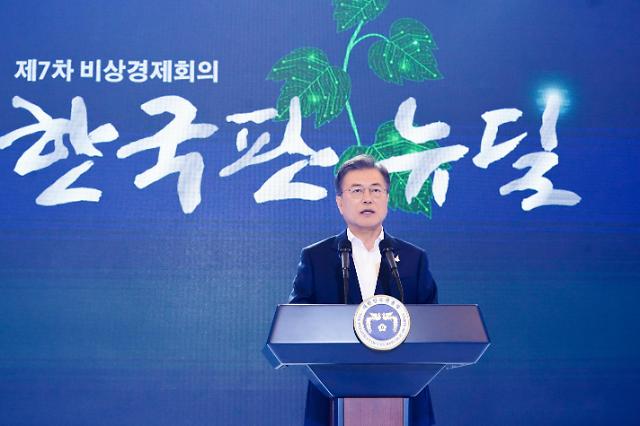 SEOUL -- Under a "New Deal" masterplan unveiled by President Moon Jae-in, South Korea will create 18 smart hospitals by 2025, including three this year, that allow the real-time monitoring of patients and cooperation among medical institutions based on digital devices and advanced technologies such as 5G networks and Internet of Things.

Moon said the masterplan requires a total investment of 160 trillion won ($133 billion), including 58.2 trillion won for digitalization. "With bolder and more proactive investment, we will push digitalization to become the world's leading digital leader in all areas of our lives," he said in a televised speech on July 14.

Smart hospitals are the backbone of digitalization in healthcare. IoT sensors and AI speakers will be provided to 120,000 people who are vulnerable to health problems and wearable health monitoring devices to 200,000 people with chronic diseases such as high blood pressure and diabetes.

South Korean tech firms have teamed up with big hospitals to introduce advanced technologies especially since a 5G network was commercialized in early 2019. When 5G is applied with secured security, the large-scale image information of patients will be safely verified and checked anywhere in hospitals.

Samsung Medical Center, a tertiary hospital headquartered in Seoul, is working with KT to establish an innovative 5G smart hospital that would allow medical teams to check information on proton treatment in real-time. Functions would be developed to read digital pathology data and enable surgical education and collaborative care, all in real-time.

Seoul National University Hospital introduced a smart digital operating system this year by renovating facilities to set up smart operating rooms where laparoscopic systems, image transmission and the control of medical devices and the environment for operations can be coordinated and integrated into a network for easy control.