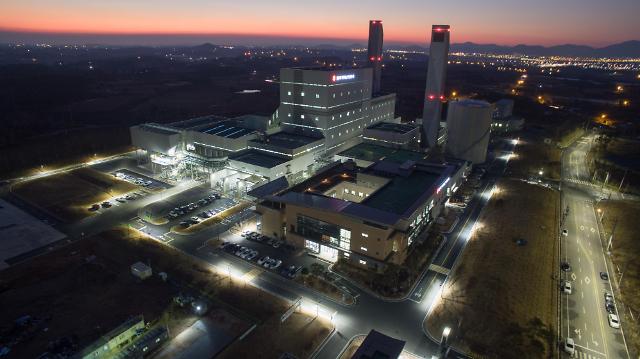 
SEOUL -- An acrimonious argument over whether a cogeneration plant using solid recovered fuel is pollution-free has moved its battlefield onto a website run by the office of South Korean President Moon Jae-in after an environmental impact survey let down some villagers who have blocked the plant's commercial operation.

Solid recovered fuel (SRF) is produced by shredding and dehydrating solid waste, typically consisting of combustible components of municipal solid waste like paper, wood, synthetic fiber and synthetic resin. The fuel is burned to produce heat and electricity. SRF has been recommended as a viable alternative to fossil fuels, but it's not a generally accepted concept in South Korea.

An SRF power plant was put into operation in the southern port city of Busan in 2013 without complaints from residents living nearby. The level of nitrogen oxide and dust emitted from the plant were far below legal limits. A new SRF plant was built in Naju, about 280 kilometers (174 miles) southwest of Seoul, in 2017, but its operation has been in limbo due to protests by residents and delayed approval by the local government.

The Naju plant built and run by the Korea District Heating Corporation (KDHC) has a cogeneration facility that uses 466 tons of SRF per day to produce electricity and heat. It also transfers thermal energy through two LNG boilers. KDHC officials have called for the early normalization of the Naju plant, insisting it is environmentally safe.

The South Jeolla provincial government has formed a governance committee of private and public sector representatives to find a solution through an environmental impact survey which was conducted twice in April and May at nine points within a five-kilometer radius of the plant. A regional referendum will be held to decide on whether to keep using SRF or replace it with natural gas.

Results of the survey, released on July 9, showed that environmental pollutants and noise were below legal standards. However, some residents and environmental activists refused to endorse it and posted public petitions on the presidential website which has served as a place for active public debate.

"In the long run, the damage caused by the release of hazardous substances will be endless," a petitioner argued, calling for the withdrawal of South Korea's SRF project. "I would like to ask who can confirm that the low concentration of harmful substances below the standard level cannot cause any harm to the environment and health."

KDHC's labor union hit back with a separate petition, insisting the SRF power plant, equipped with pollution prevention facilities, should not be subject to controversy due to "groundless speculation." The union asked opponents to comply with the outcome of the survey. "Once again, we would like to request the normalization of Naju's SRF business, which was carried out as a legitimate national task."